Discord Account Username and ID: I was banned on “ash | quitting soon#3418” but have since left that account and moved to “ash was found?#1939, however this account may also be banned as this was once my alternate account.”

Why I was banned: I was banned due to being on my last chance and being a smartass and arguing with staff in April which landed me another ban.

What was I doing last in the discord: Being a smartass to staff and arguing with them.

Why I think I should be pardoned : I want to start this appeal off by apologising to SWDTeam and the staff team profusely for breaking my promises inside my last appeal and being constantly rude to them to the point where one banned me.

I think I have learned from my mistakes after 3 months without being in the server however me being a pain in the ass by sending in several alternate accounts to annoy Raccoon and other staff members was a petty move and I should not have done it.

I have recently left one community and would like to join back in to the Doctor Who one after a revival of interest in it.

You may keep me on warning 3 as I understand my behaviour was erratic and moronic.

As I have said before, I apologise PROFUSELY and this is why I would like to be pardoned. 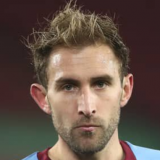 I have read your appeal, and while I do hope you have changed, we do not feel we can accept your appeal today.

This is due to your being remanned after getting a second chance, aswell as joining with multiple alts.

Not only did you annoy staff members with the alts, but you also have ban evaded, which of course is another bannable offense.

With that said, we will not be accepting your appeal today.

You may re appeal again in 2 months. I recommend you do not join with an alt again, if we catch you with an alt, I can already tell you now that any future appeals will be very unlikely to be accepted. However if you can show us that you don't do this, we might just give you a chance in the future, but today the answer is no.