[Dalek Mod Suggestion]: A New Way to Obtain the TARDIS (and other ideas therein related)

Sorry, this is a long suggestion, and I hope it isn’t too hard to follow.

Note:Before I begin, I want to mention that this is in some ways like ArcPhoenix’s suggestion about the player obtaining the TARDIS. I read that and loved it, and am using parts of that and other ideas of his as a basis for this idea. So I want to give ArcPhoenix some credit before I begin. This is going to be based on his suggestions.

Background:Before I begin (again), I want to recall to mind the quest/achievement system of minecraft. We all know it: you need to get wood to get a pickaxe, to get stone, to get iron, to get diamond, to get obsidian, to get to the nether, to get to the end, etc. This provides a basis for the gameplay of minecraft that the player doesn’t have to follow, but eventually probably will. This also adds somewhat of a 'storyline' to the game. Now, I’m not suggesting an achievement system for the Dalek Mod, that is a topic for another thread (and is one), but remember this for later, it is one of the reasons I am making this suggestion.

The other one is that I feel that the TARDIS currently is too easy and illogical to obtain. Right now it is just some lapis, diamonds, etc. put into a crafting table. To me, this doesn’t seem like the most proper way of obtaining a cool, special, alien time machine. The TARDIS is a complicated piece of living machinery, and should therefore be much more complicated to receive.

The player is ‘human’ (more or less, some skins out there…). As seen in Doctor Who, humans don’t possess the knowledge nor the materials to construct a TARDIS (forgetting the movies with Peter Cushing). It makes sense, therefore, that the player shouldn’t be able to construct it using over world resources. Hence one of the basis for this suggestion. Since we don’t fully  know all the details behind how TARDIS is really grown/constructed, this is the best I could come up with while tying the whole concept into minecraft.

The way I view it, the TARDIS should be a big reward for the player after putting a lot of hard work into trying to get it. It opens the way for the player to go to other parts of the universe, and leave the over world behind. Therefore, I think it should be harder to get than by stockpiling items found by mining. Also, as a piece of alien technology, it would make more sense that they player needs access to alien technology to build it.

Feature (Finally):A way to obtain the TARDIS that ties into the achievement system of minecraft, and takes more work from the player.

Description:To begin, I am going to borrow ArcPhoenix’s idea of junk/crashed TARDISes (origional idea here). I like much of that idea, except that it takes the player to Gallifrey, even before they have a working TARDIS. To me, Gallifrey should be the hardest dimension to reach. These crashed TARDISes can spawn rarely in random places in the over world. Inside them can be high tech gadgets, diamonds, other loot, take your pick, but most importantly, deep inside them, or in their control panel, or some other place (deliberately being vague, each one can be different), is a special piece of tech that can be used to craft the TARDIS. Several such pieces can be found in several types of wrecks. These should be very rare occurrences, making the player have to go out and search for them. Perhaps they can be located when the sonic is close to them, or by some other method (ender eyes for strong holds comes to mind). It can also contain a few roundels/TARDIS blocks in its broken walls that the player can use for decorative purposes.

Once the player finds a wreck, it could be surrounded by daleks (this is the Dalek Mod), or another mob, that had presumably found the wreck and is trying to unlock its secrets. This turns the wrecked TARDIS into a dungeon, and could even have Dalek spawners in it. This incorporates more aspects of the mod together, also, this serves as a challenge to the player who is trying to loot the wreck, making it harder to do so and more rewarding for the player when he/she succeeds. You defeated the evil daleks, and have your first piece of the TARDIS. Time to move on to the next crash site!

Another variant of the wrecked TARDIS can be found in the nether, perhaps on fire, with lava pouring out of its walls, get creative (I’m not). Similar to it’s over world counterpart, it is a dungeon, but perhaps with nether or re-added Obsidian Daleks spawning around it. It can also contain its own special bit of TARDIS tech, that the player can use in the overall final TARDIS crafting recipe. In addition, these nether wrecks ensure that the player has at least made it to the nether before they can build a TARDIS (remember the achievements).

(For when the Dalek Mod is 1.9: A wreck could be added to the new End islands, ensuring that the player has defeated the ender dragon before getting the TARDIS, but this is impractical in 1.8, and players may not want to wait that long before getting all the TARDIS pieces. I leave this to the Team’s discretion, should they like this idea).

Once the player has all the required TARDIS pieces in their possession, one of the following things can happen:

1: The player can follow a simple crafting recipe and craft it in their crafting table.

2: Instead of being items, the pieces can be special blocks, and when placed in a certain way, a TARDIS is spawned in.

3: The player now must locate (if not already done) yet another wreck that contains a special TARDIS crafting table, only in this can the TARDIS be crafted.

4: Some how you can use these to grow something, since it has been mentioned that TARDISes are grown. I haven’t come up with anything for this, and since all these components come from already ‘harvested’ TARDISes, it may not be necessary.

Finally, when the TARDIS is in the player’s possession, it makes sense that it would be a default TT Capsule exterior and interior. The interior could be altered with a yet to be added desktop changing component on the counsel, and the exterior (obviously) with the chameleon circuit. And there you go, your own fully functioning TARDIS from used parts.

The long overdue Purpose:I’ve mentioned it here and there, but let me state it all at once. This adds more gameplay/storyline to obtaining the TARDIS. It follows minecraft’s achievement system in such a way that the player must follow minecraft’s play through to get it. It incorporates other parts of the mod together. It makes more sense than the current method. It puts the TARDIS into more perspective: it is a cool, alien tech, that can do many cool things. It is a huge reward for the player after much hard work is done, like the beacon of vanilla minecraft.

Any Other Information:I also have, tying into this, an idea for an additional ‘quest system’ after the TARDIS is obtained. Since its pieced together from broken parts, perhaps parts of it are missing or inoperable.

For example: the flight panel could be missing. The player can travel to such and such a planet, and go to such and such a place, fight more monsters and get the flight panel, and now they can fly the TARDIS. I don’t have full details worked out and it strays from my origional idea, but that is the gist of adding onto this ‘TARDIS quest system’. This in itself could add yet another use to planets. Alternatively, a fully functioning TARDIS could be obtained/stolen on Gallifrey, very much like ArcPhoenix suggested, the planet now reachable by the reconstructed TARDIS.

How do you suggest we add it?:This is way outside my knowledge of coding, sorry. Feel free to tell me it’s impossible even if it isn’t, I won’t know the difference :P

Thanks for reading, and sorry it was so long. I don’t have all the details worked out, but this is the gist of it. I left parts of it open on purpose because this is only a suggestion and can be altered based on input.

It's an interesting alternative. I'll include link to this in my version of the suggestion so that if anyone sees my version, they can see yours as well.

Thanks for the crediting also by the way

That's great, thanks for your great ideas that inspired me, and for reading mine. 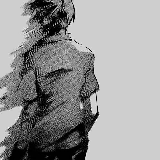 seems like a brilliant idea! and i was  gonna say that you know, the tardis key would need to be contructed via a schematic being obtained first (to get an idea on how its made)   like in Fallout who vegas (fallout new vegas mod) its really good, give it a crack      like for example, you need the sonic screwdriver schematic, before it can be crafted.

An idea for the creation. You craft the parts together, making a "TARDIS Sapling" (Generic name, same idea). Takes a while (Maybe sped up by bonemeal?) and BOOM! TARDIS Grew out of the ground. If a desktop system is not introduced, maybe it is 8 circuits that you find, allowing the TARDIS to be crafted with a block in the middle to determine. Quartz being TT Capsule, Lapiz being Vanilla, Coral-like block for Coral (9/10) and other blocks for other exteriors. I like this idea.

That sounds awesome, could I add that to the opening post? 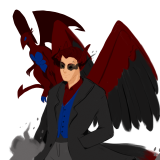 I think that growing the Tardis would be the best because that's how they did it on galafraey.

Dan, please do not necro post. This thread is almost 7 months old