What was the user doing Prior to this: Flying Around

Description: Not sure if these are intentional or bugs, but I thought it would be best to bring them up in case they are. The first odd thing I noticed about mob spawning is that Daleks and Autons are spawning in the middle of the ocean, far away from land, at a rate of about 1 or less per chunk. I've never noticed them do this before, and, again, didn't know if this was intentional or not. It's a bit unusual is all.

What if Affects in Game: Not much, it's just something to avoid when in a boat. 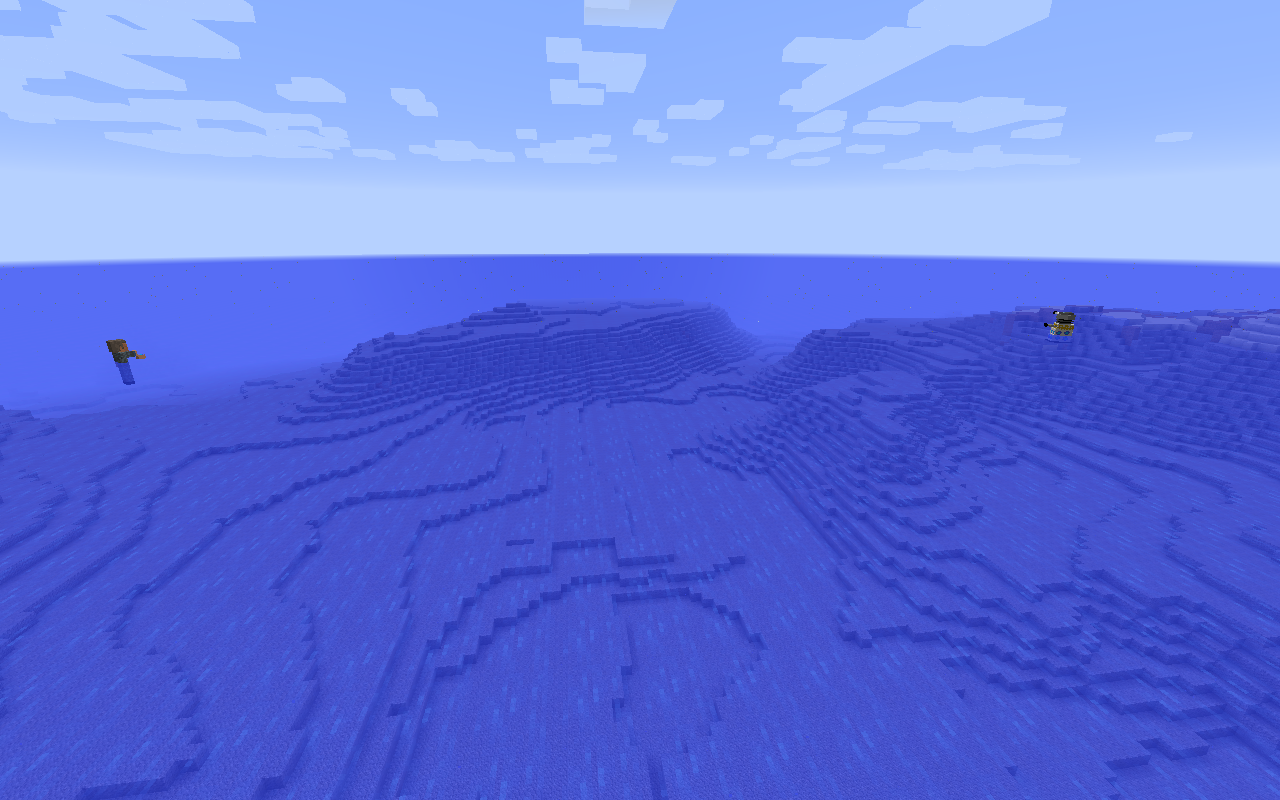 Description: Daleks and Autons are spawning in Mushroom Island biomes. As this is usually a biome where hostile mobs don't spawn, I also wanted to mention this. Again, I don't know if this is intentional, as these are aliens and can (presumably) defy the traditional spawning mechanics of minecraft, but it can get slightly annoying to anyone who is expecting this biome to be a peaceful place.  I've noticed that they spawn rather rarely, however, and mostly in water or on top of mushrooms.

What this affects in game: This can be unexpected, as I said in the description, and the Daleks kill off all of the mooshrooms. 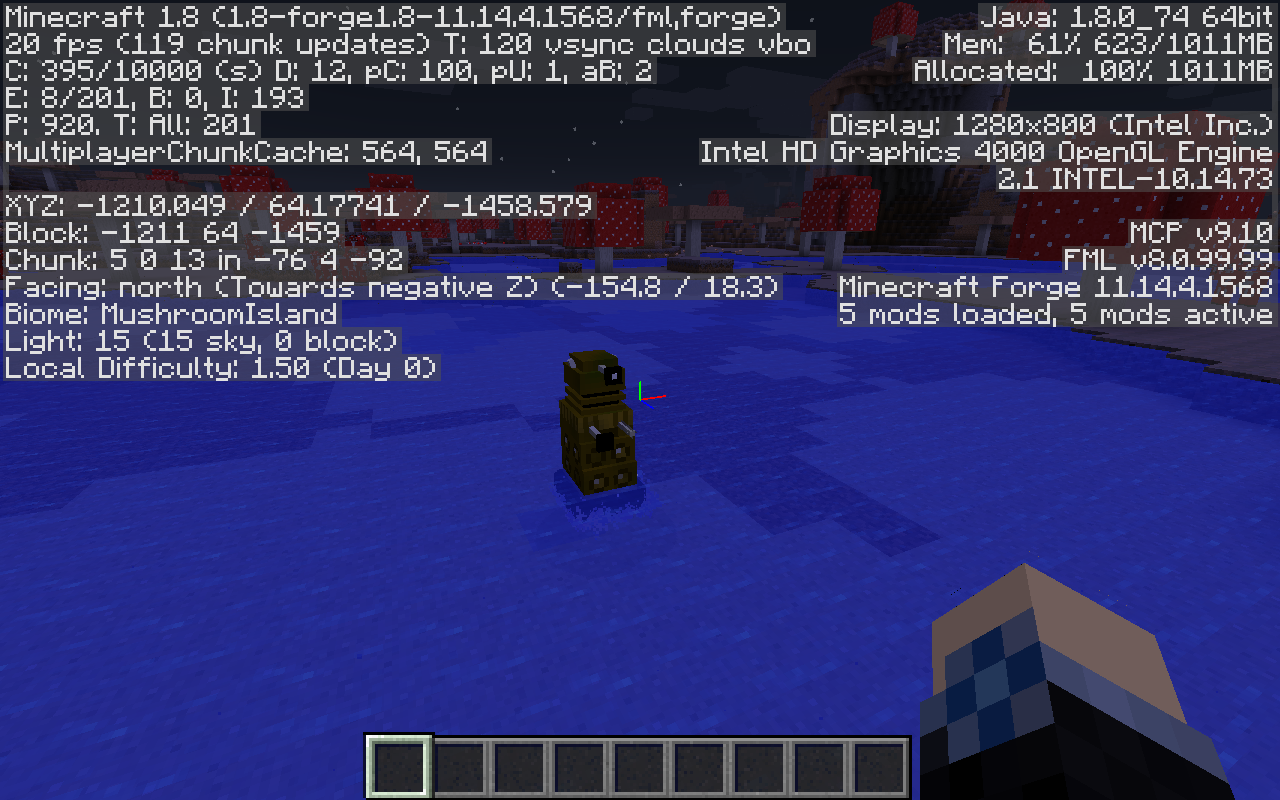 Description: I've noticed that only Daleks and Autons are spawning. I haven't seen any clockwork droids, cybermen, or any other dalek mod mobs spawning. I haven't noticed anyone else mention this, I'm sorry if it has been brought up and I missed it.

What this affects in game: One now can't obtain any clockwork or steel.