I was filming a video for my channel, part of which took place on Skaro. I was exterminated by a dalek, and respawned on Skaro. Here's a part of the video:

After I was done filming, I went to all of the other dalek mod dimensions and died on them. I respawned in each respective dimension.

What it effects in-game:  Seeing the overworld ever again if the player can't find their TARIDS/their key despawns (just had another map idea…).

This led me to discovering:

When I respawned in the Cave Game dimension, there were enormous gaps in places, and the entire dimension was divided into very large chunks: 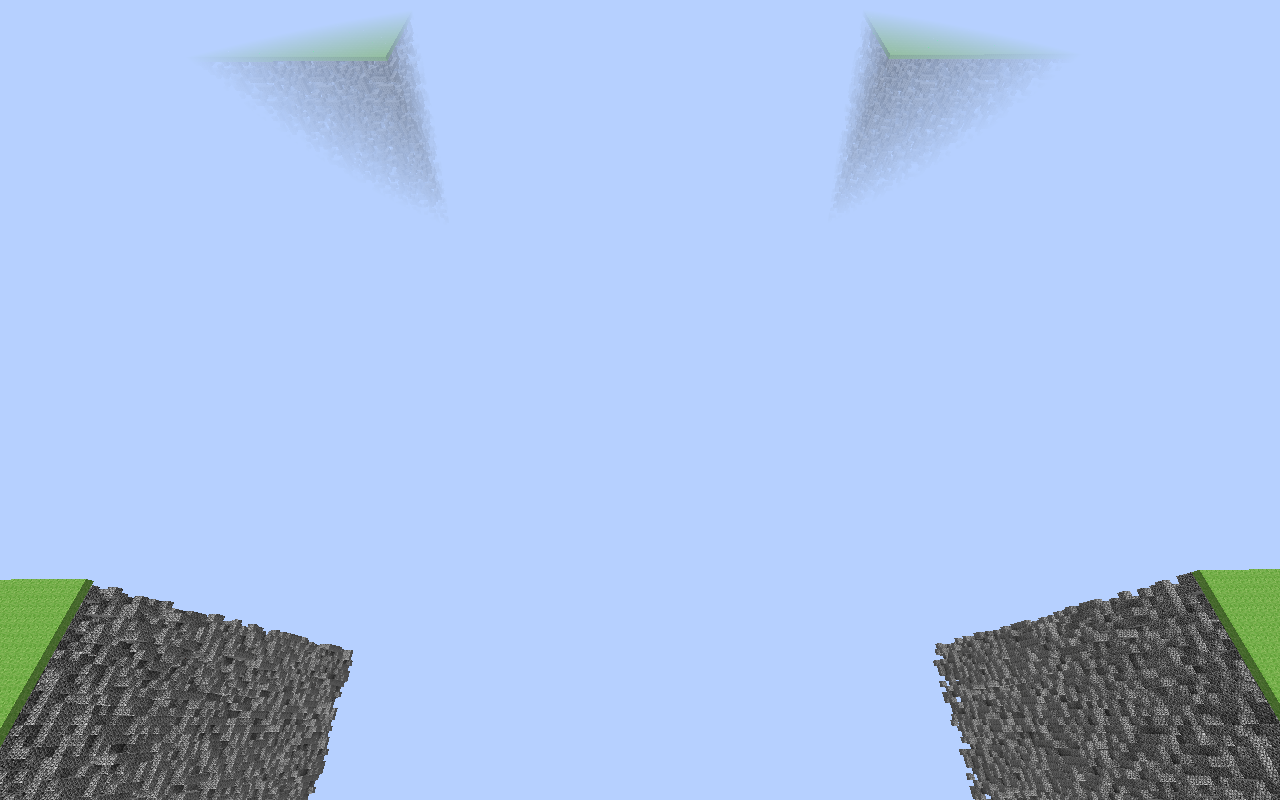 What it effects in game: Falling off of the edge!! And never getting back to the overworld because of Bug I. Also, getting around in that dimension would be more difficult.

As these bugs took place in a world I had been playing in for years, I tested them in a new world, and they were still there.

Ok. I didn't know about that Handles command; however, in survival mode, if the player died they would lose him as well. I thought this could be a feature, but since it wasn't mentioned in a change log or anything, I wasn't sure. As for the homemade mod, it just adds a few blocks/items, and shouldn't affect dimensions, or anything else, in any way.