I hoped I would never have to do this but here it goes...

Which server you were banned on: SWD Discord

What you were doing at the time of the ban: Was using caps with the nick Cappy's Ma saying stuff like "GO TO YOUR ROOM!" "YOUR GOING TO YOUR ROOM BECAUSE YOUR OLDER THAN DHI, ONLY STAFF CAN DO THAT" to Cappy and Ed said "k Mew ima ban you" and I replied "u can do that Ed" which I kinda realize now that it was not intentional but it sounded cheeky

Why should you be unbanned (no excuses like "it was my brother/caps lock stuck"):  This was very stupid of me I admit, in my head it was going round like it was a joke and since I thought that the bit where Ed said "k Mew ima ban you" was a joke too, there were probably many mentions to stop this but my mind was so into it I did not see and because I was busy typing + holding shift. Then I saw Cappy's message saying "ok Mew stop" and I thought "ok I have had enough" to, and sent that, Cappy sent another message which I could not read because I was banned probably not just Ed and Cappy were annoyed by this but I am very sorry to all who was offended, as I said I now realize this was very silly and will not do this in future if I get unbanned.
Many thanks
~Mew 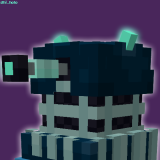 Just gonna point out his name was Cappy, not Crappy. Cappy as in Captian.

Just gonna point out his name was Cappy, not Crappy. Cappy as in Captian.

Sorry I really must have miss read it I honestly always thought it said Crappy, I'll edit the thread