Small notes before I get into it:

They would have a hitting animation if they punch.

They have voice lines specific to the era.

If one possesses a Cyber-Gun, ensure that the model is specific to the era, and that they still have a chance of spawning without it.

Ensure that each era is their own mob, so that no two eras have the exact same traits.

When they take out x amount of health in one hit, this is without armor.

All eras rarely spawn on the overworld, though the Invasion era spawn at a higher rate due to invading Earth, as the name would suggest.

The Nightmare in Silver era Cyberman spawns the rarest, being so strong.

Cybermen are a definite requirement for any Doctor Who mod, being one of the most iconic villains alongside the Daleks. In the mod currently they seem to be a generic zombie-style monster but I believe they should be more individualized, even to the specific era. For this I will distinguish each era’s traits and whatnot

Show content
Incredibly strong, capable of taking out one-third of a player’s health in a single hit. They attack using their chest “unit” gun, or a Cyber-Gun. Cyber-guns are about as effective in killing as their punches, but these versions will sometimes drop them upon death, and these do equal damage to this specfic era of Cyberman.

30 health, and have the zombie trait of alerting other zombies to the presence of a player when seen. Large radius of detection as well.

Unlike other Cybermen they do not “convert” others.

Show content
Once again incredibly strong. They emit particles from their fingers that imitate a lightning attack. It does however take out a third of the player’s health in a hit. They do not spawn with Cyber-Guns.

They do have the capability to “convert” entities, only displayed in humans. Conversion is simply killing the player, and spawning this specific era of Cyberman where the player died.

Weak to potions, as their control panel is made of plastic.

Cyber Controller variant from this era is about the same, however posessing a larger detection radius for players.

They have Cybermat companions, unsure of what they do. Perhaps they take 3 hearts with every hit, and share detection of players with Moonbase Cyberman proper.

The Wheel in Space:

Show content
They do not hit players, instead shooting a beam from their chest that does one-third of the player's health pool per hit damage. No cyber-gun.

They have Cybermat companions, if hit they will electrocute the player, taking 3 hearts per hit, they share detection of players with Wheel Cyberman proper.

Show content
Posessing Cyber-Guns, which take out a third of the player's health per hit. They do not have Cybermat companions. They should spawn more frequently than other versions. They run at the baseline player sprinting speed and tend to spawn in plains biomes.

Revenge of the Cybermen:

Revenge era Cybermen are especially weak to gold tools and weapons, as it plates their breathing apparatus.

A new item would be added for them, called gold dust, this can be crafted by putting a single gold nugget into a crafting area, giving 9 gold dust. Even hitting Revenge era Cybermen with this would damage them heavily.

They do not posess Cyber-Guns, instead hitting players which does the usual third-health of damage.

There is a Cyber-Leader variant, that has the same traits as the Revenge Cyberman.

Show content
Possesses a Cyber-Gun, which takes out a third of the player's health per-hit.

Cyber-Leader variant, with the same traits as the Earthshock Cyberman.

Show content
First off there would be an
Ear Pod added, which is a wearable item. It typically functions as a decorational clothing item until they lock onto you, when it slows you to a halt so that you cannot move.

They upgrade villagers and players, as well as wolves. Once again 'Conversion' is simply killing the player and spawning this specific era of Cyberman where the player died. Converted Wolves are Cyber-Shades, which are very fast and do only 2 hearts per hit.

There is also aCyber-Controller variant of this Cyberman, which shares the same traits.

They hit players, shocking them as well, taking out a third of the player’s health.

They walk at the players’ sprinting speed and stomp loudly (The only variant to do this!)

Show content
First off, they possess a Cybermite companion, which swarm players and they each do 1 heart per hit. These convert players/villagers after killing. This can also very partially convert a Time-Lord (when they are added) mob so that they function in a Mr. Clever style, being neutral until attacked, and they do the base player damage rate.

This era of Cyberman is able to go slightly faster than player sprinting speed.

It does the usual one-third of damage per hit, and has 50 health. Being incredibly difficult to kill, and nearly impervious to all weapons but gold,which does an above-average amount of damage but nothing substantial. Low spawn rate due to being so difficult to counter.

i think some actual functioning cybermen would work pretty good in the mod,  and i like the variation between the mod.   didnt some older style cybermen have a laser bit on their head in the center of the bars? or have i watched too many fan animations?

i think some actual functioning cybermen would work pretty good in the mod,  and i like the variation between the mod.   didnt some older style cybermen have a laser bit on their head in the center of the bars? or have i watched too many fan animations?

A few of the Classic-Era Cybermen did have a deal in the top of their head, though I'm not sure if any of them functioned as lasers

just found something,  they Did have something in their head,  a mind control beam.  maybe could turn normally peaceful mobs to be hostile to you till the cyberman dies? 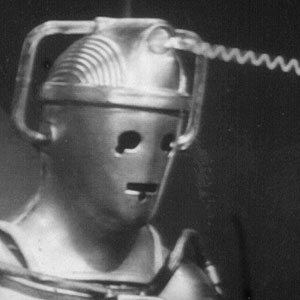 just found something,  they Did have something in their head,  a mind control beam.  maybe could turn normally peaceful mobs to be hostile to you till the cyberman dies?

Ahh thank you! Will edit the thread later to include this 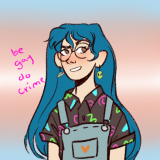