This originally was going to be a series of ideas, but since this one is longer, I'll just make a whole thread for it..

I always thought that the Command Panel was a really neat block for the TARDIS! It can do particle effects....uh...it can demat..

Here are a few things I thought about:

The only unnecessary thing about the Panel is the XYZ in commands.

Why is positive ~+3 instead of just ~3 just like the minecraft commands?

Can this please be removed? It is very annoying and tedious when you first use the Panel..

I thought that there could be a command that could scan for dangers outside the TARDIS, whenever great heights, mobs, lava, or water in some cases.

/check would be a good command in my opinion.  For example, I could type:

/check ~20 ~5 ~20 This would scan for any dangers in a 20-block radius, and would check 5 blocks above AND below the TARDIS, just in case of accidental Nether traveling.

It can also suggest coords that will lead to safety, but is also near your destination.

It can notify you the dangers similarly how the TARDIS shows the 'Your Tardis is dematerializing' message.

I've watched the Dalek Mod Secrets! 'series' a while back.. When I was thinking of remaking the Command Panel, why not use similar elements from the Dev PC? 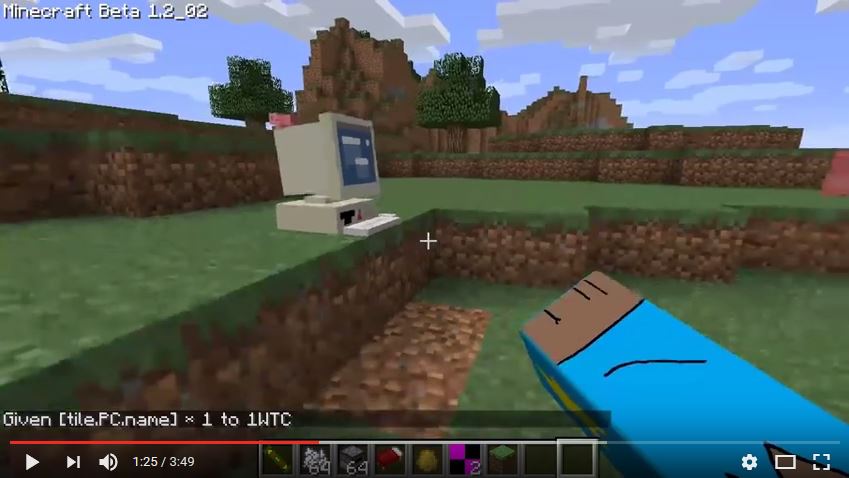 For those who are unaware, the PC Block was a block that was originally going to be in the tardis, but not? (Not to be confused with the PC and Mac modeled block)

The PC Block shows something similar to Windows, with a taskbar n' stuff.

Now, what does this have to do with the Command Panel?

I wanted to implement a similar GUI, but instead of a Windows-like GUI, it will be like DOS.

The Panel will be meant for people who want to have cool 'programs' and want to put hard work into the thing.

I was thinking that you could either use it the way you can today, just type in a command and it will do it,

Programs can be made within the Panel, and can trigger payloads when running.

For example, I'm going to (theoretically) make a program for the Panel..

note: {} is going to be where the comments can go, the program will ignore this

50 /wait [Dim.Selection] {This will wait until the monitor GUI is opened and closed}

Basically, this program I made will let you travel automatically, only requiring you to run the program and choose the coords and dimension you're going to.

I was also thinking of transferring programs via. sonic screwdriver and putting them into other panels, this could be helpful for people who are lazy and dont want to do stuff and try to buy programs thru other playerz, and for people who want to keep information when the program capacity limit is reached. (The max can be 10 programs)

Here is a list of commands I thought of:

/travel - Can act as a dematerializing lever, execute two times to make a full trip

/info - TERMINAL MODE ONLY: Lists information about your TARDIS, including the current dimension and coords, time, Original exterior, The amount of times you've successfully landed, etc.

/wait [#] - PROGRAMMING MODE ONLY: Let you wait a desired amount of ticks before the next command is executed

/dir - TERMINAL MODE ONLY: Is used to list out files and 'directories,' even though there will only be one.. xd

/dim - Changes the dimension for the upcoming destination.

/swdos 1 - TERMINAL MODE:Allows you to go into the abandoned PC interface.

/program - Switches to the Programming interface

/load [c,#] [Cp, Ss] - TERMINAL MODE: Allows you to load programs and makes a preview of the code.

/payload [#] - TERMINAL MODE:Runs the desired program when you right click it (Get back to the terminal with Shift+RClick)

/pilot - Acts as a TARDIS Flight Panel. {Suggested by dhi}

/legacy - Opens the current (from U46) GUI for the Panel. {Suggested by dhi}

Maybe the Panel can change models, similar to the Chameleon Circuit for the TARDIS. We could have the current Panel, the PC Model (In John's Secrets video), or maybe something else. {Suggested by drwhofan111}

This is basically all I have right now! Please suggest anything you think should be on the list! Thanks for reading! :D

This has my support. I'd like to see more abilities for the Tardis panel.

Maybe the terminal panel could have a different block, keeping it simpler for the people not going too indepth with it.

As for some other commands, a /monitor or /gui to open the monitor GUI (single word command like /travel is), and a /manualflight or /flight or something similar for a flight panel inside the TARDIS Panel.

Programs. This is definitely something very unique and interesting, and it would add a lot to the experience. This gets my support. 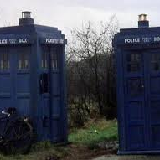 I really like this suggestion. I've come up with another small idea, what if there was also a button that allowed you to changed what the TARDIS panel looked like. The current look, the PC look and other guises could be different options for those people who want a TARDIS panel that is more in-tune with their build.

I really like this suggestion. I've come up with another small idea, what if there was also a button that allowed you to changed what the TARDIS panel looked like. The current look, the PC look and other guises could be different options for those people who want a TARDIS panel that is more in-tune with their build.

Cool idea. I think this would go well with the suggestion I made. I'll add this in