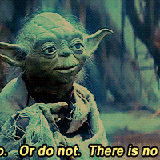 My grandson's account (Turbo_Timewarper) has a problem. Every time he logs on, he connects to the sever, he gets into the game for about 5 seconds, then dropped  back to the portal screen. The error message he gets says (Connection lost) then under that (A fatal error has occurred, this connection is terminated).

I don't know if this info helps but;

He had been inactive about 10 to 12 days.  Yesterday I let him use my laptop to play and was surprised to see him summon his Tardis.  I had told him everyone had lost their Tardis's  and he was very lucky.

Today he has this (fatal error) problem on every computer in the house. My account is working on them all so at this point it's beyond my skill set.

Ps. I've noticed that he is crashing when the chat scrolls. I don't know maybe this belongs in bug reports?

I have moved this post and re-titled. I think I'm using the proper format, some feedback of any kind would be helpful at this point.

My wife created an account in her name for him to play on the DM public server wile we try to fix his account. It worked for 3 days and now has the exactly the same problem now, And my account still works fine on the same computers.

He said Admin Erine  had just helped him summon his stuck Tardis, then (poof) was dropped back to the menu portal, ever thing else is the same as before.

It's not quite a crash, So i don't know what info I can give you that helps.

Question: Will a name change on an account act as a reset for a Player Character ?  ie: a fresh start.

Or can a  Dalek Mod account be simply deleted (NOT BAND) for a fresh start.