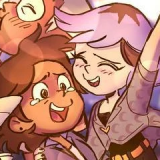 Mew here with a short introduction, and before you say "HireSWD is a way u could do this ya know" I know HireSWD is a thing but I think I could share a few ideas and maybe we won't need to HireSWD at all. (Also I won't use comic sans for this entire thing as I know some people hate the font)

Anyway let's get into the suggestion;

Super Mario Odyssey is a game developed by Nintendo in 2017, it is currently rated one of the best Mario games of all time with a perfect score on almost everything of 10/10.

I was thinking maybe we could bring this to Minecraft with a few ideas;

Cappy is Mario's companion in Super Mario Odyssey and here is some ways he could work; 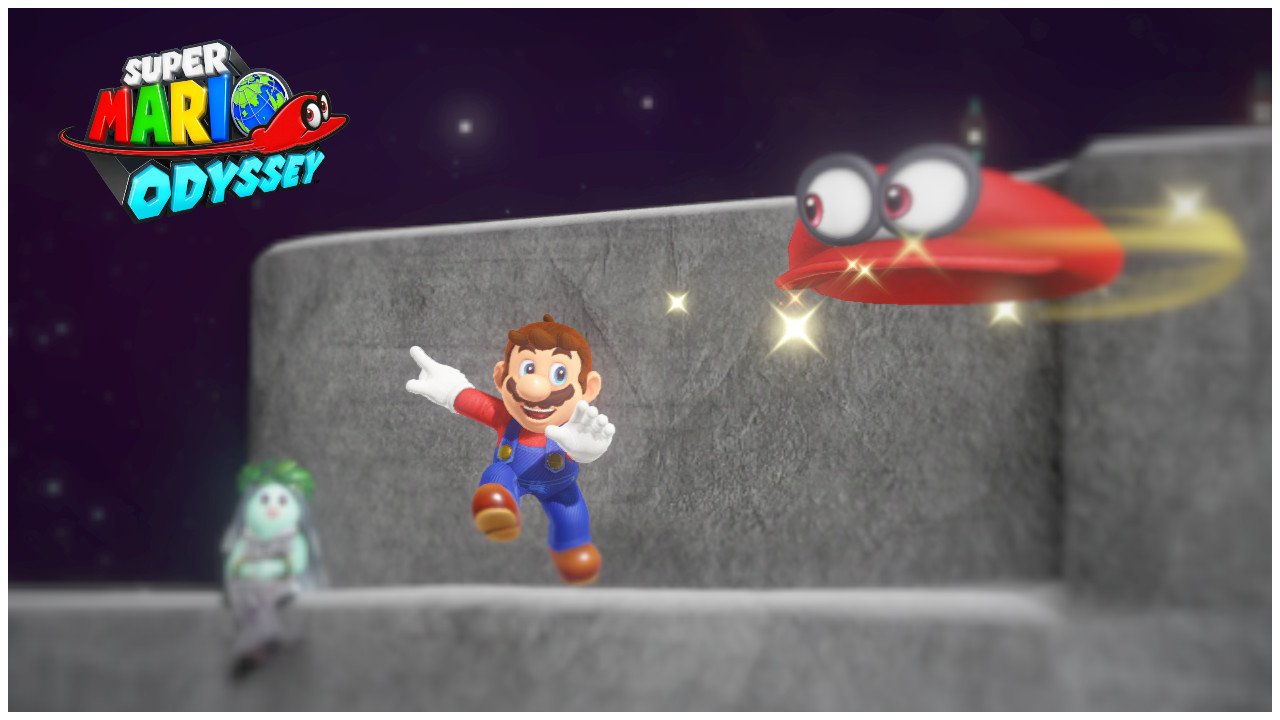 The hat jump is where Mario throws cappy and bounces off of him, pretty self explanatory.

So in this case we will take your average player, he has just installed the mod and wants to perform a hat jump, all the player has to do is hold down r and he can walk into cappy to give him an extra boost off the ground, this can also be performed while jumping, but can only be done once so say you throw cappy, while in mid air you can throw him again but not bounce off of him.

If you want to throw Cappy and attack a mob, simply hold r and instead of bouncing off Cappy it will attack the mob, the reason I say hold r is because the next ability requires you to just press r on a mob...

In Super Mario Odyssey, Mario can CAPture mobs/objects friendly or hostile, and use their abilities to help him, let's see what some mobs could do before objects.

I think all mobs excluding pigs should be able to attack, run, jump and have a special ability. To get out simply press r again and the mob will be stunned for a certain amount of time where you can capture again, if it wakes up it dies. (In Super Mario Odyssey it goes back to its original position so that might work too) The reason I say not for pigs they don't really have a special concept for an ability. Some mobs can also hold weapons that the player has in its inventory

For example let's just pretend the button to use an ability is right click, A zombie's ability would be that when groaning it could do more damage. The groan could last for 5 seconds and give the zombie a slight speed increase as it cannot run.

For the skeleton it's ability is not right click but left click because a bow is usually right click, a skeleton doesn't  attack using its hands and weapons like most other mobs. It uses a bow which acts like a normal bow but never breaks. It's special ability ability is where it can grapple by pressing left click and be pulled towards the block it hit by holding left click. This can be where you can drag mobs towards you aswell

Can throw splash potions of harming or poison, but has a 5% chance of throwing healing or regen.

Can scam other villagers for emeralds

Can call other allies to help fight

Can fly around, can also shoot fireballs

Can stack on top of other goomas to reach higher places

Can go into its shell and dash along the ground

Spits out Fireballs, but cannot move and can only look around, if in swamp it spits out sludge 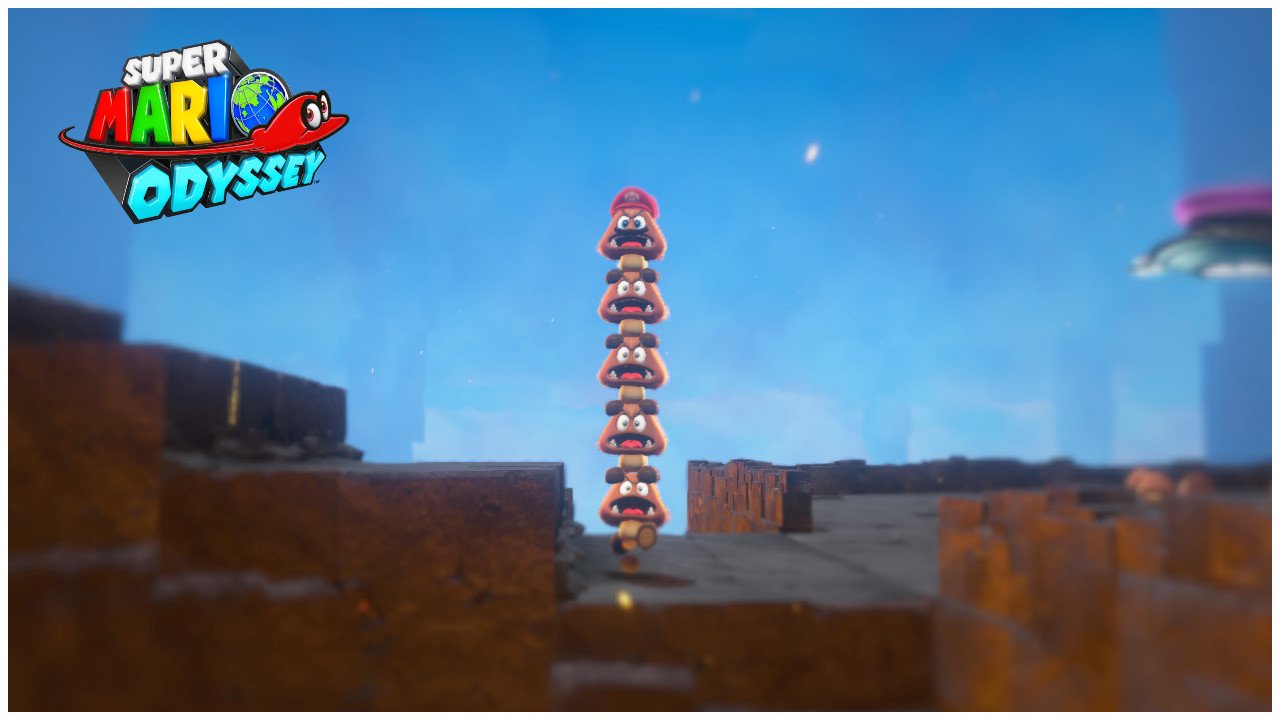 How to get Cappy:

A way you could get Cappy is by crafting an Odyssey and filling it with three power moons where you can then travel to Bonneton in The Cap Kingdom, Bonneters will spawn and there is a 10% chance of Cappy spawning amongst the other Bonneters. 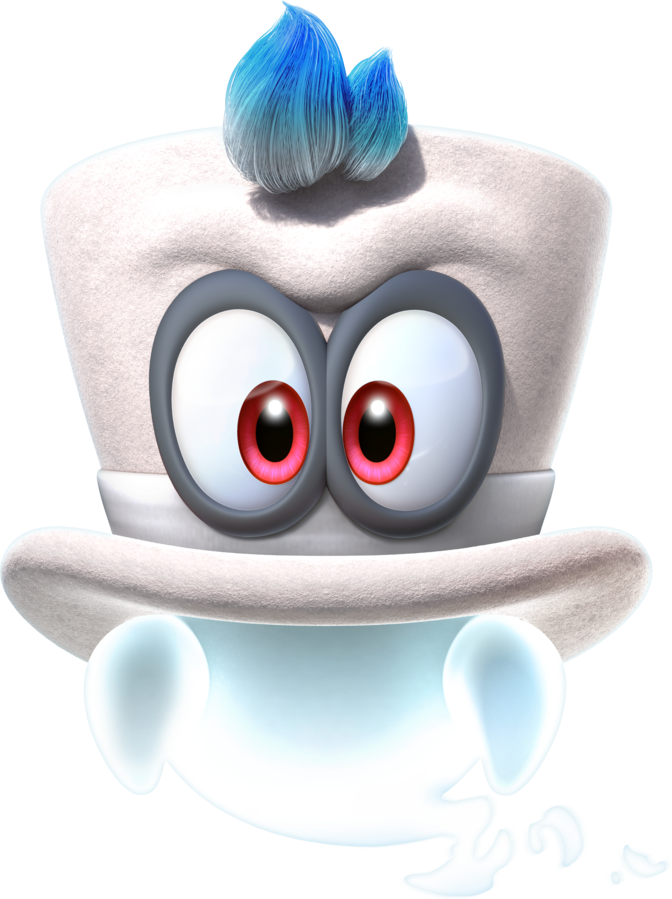 Bonneton is the main "City/Town Area" in the Cap Kingdom in Super Mario Odyssey, the way you get to the cap kingdom is by crafting a Odyssey and collecting 3 Power Moons to fill the Odyssey, once you do that you will be able to travel to the Cap Kingdom, which is a grey and black, with a hint of yellow colour themed Kingdom. 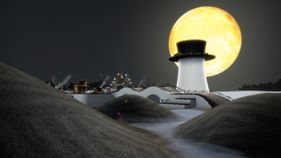 In Bonneton you will find the Hat Tower and some Hat Shaped houses, all around the place you will find Bonneters, which are the locals in this kingdom, once you tame one with a leather cap they will be bound to this hat which you can put on to use the abilities it holds.

What makes this different than Cappy?

To make it fair, Cappy will be able to use special abilities while Bonneters can only walk, attack and jump, unless of course the mob has a fly/flutter ability.

The Odyssey is Mario's main form of travel in Super Mario Odyssey so of course it would have to be here, The Odyssey would be similar to a TARDIS but without the interior and could work like this,

The Odyssey can be crafted by using this

Once they craft The Odyssey they can right click the globe, but if you don't have three power moons in the odyssey it will say "{Number Of Power Moons To Go} Left to go to the next kingdom!"

To fill the Odyssey with Power Moons simply right click the globe with a Power Moon (Or Trio Moon) in your hand!

Once you have a certain amount of moons you can travel to a different kingdom! 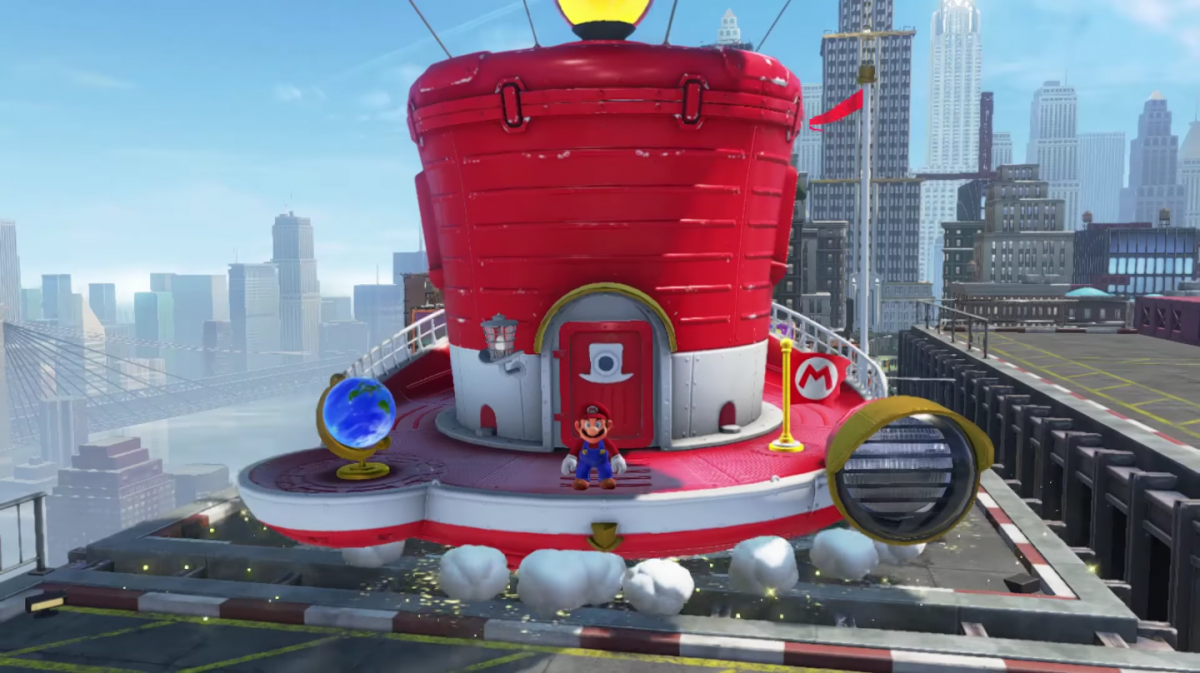 The Goomba can be found in every biome and can be killed with any weapon like every default mob, except you can also jump on it to kill it aswell, it will charge at you with pride!

The Koopa is a neutral mob and will only attack you if you attack it, you can stomp on it for it to hide in its shell which you can pick up and throw! These only spawn in plains

From far away it will shoot fireballs (or sludge if in swamp) at you, if you get too close though it will try to bite you! This will only spawn in grassy biomes and swamps (They have a higher spawn rate in the flower meadow biome)

Yoshi's egg can be found in the plains biome in his egg, you need to tame the egg entity with an apple for him to come out of his egg so you can CAPture him!

Once crafted the globe can be placed down but it won't do anything, so you have to pick it back up

This acts like an iron door, except instead of redstone, you throw your Bonneton or Cappy Bound hat at it

Bonneton Iron is basically Iron, except you get it at Bonneton and it's used for different things

I hope you enjoyed this mod suggestion read through, please leave suggestions and I will add them to the list :D

Planned additions to the thread:

Maisie (idek there username they change it to much), LukeBeforeYouGame (lukeyspiderman)