Firstly, I want to state that this will NOT be an appeal saying I am completely innocent but will just be if anyone out there will listen and have a tiny amount of mercy.

Secondly, one will wonder what I did. Well, I (Mision_Control/Bruce Wayne) have been stealing from many players.

Finally, I would like to state that I will not be begging for sympathy, mainly tying up loose ends with players.

1: I have used creative after being unofficially given the “Friend” permissions to my old rank from an unmentioned SWDteam member.

2: I have raided multiple bases for no justified reason and almost as if it were an addiction to the pleasure of dodging staff etc.

3: Generally being shady hiding this stuff.

(Firstly, I have Aspergers Syndrome making me do thing without thinking of the consequences)

1: I would not like to explain crime 1 due to the complications involved but suffice to say- I met a very nice SWDTeam member who offered me Friend and it was all very rushed but

I ended up getting my custom rank upgraded to friend rank perms then building some buildings including a restaurant and a hotel. I got banned for a week for this.

2: My second crime was after an old “Friend” rejoined and reminded me via discord that there was a way of raiding a base without being tracked, but it was too good to be true. And I believed him. So, I did it and after 1 day, I got caught.

I would like to thoroughly apologise to anyone affected by this, if you post your discord username and are in the discord channel I will PM you an apology note to prove that I am sorry for what I have done.

3: I left the server any time a staff member came online during doing these 2 crimes and also hid everything away and always had a backup plan if anything went wrong. By the time this is posted it will not be U48 and the server will have been reset so no more backup plans.

This section will be to say goodbye to anyone whom I had “loose ends” to tie up with.

I would like to say this, keep making banners - you are the best banner maker and designer I have ever seen. Keep it up.

I would also like to say that you have been a good and loyal friend helping me dig out areas and even setting up an outpost shop in my shop row.

I would like to say that you are the single most best builder I have ever worked with and I hope you continue and grow even better.

You have helped me make a large variety of projects most notably a bunker and a Mansion garden.

My friend IRL but still putting him here :P. He was a trustworthy friend and I would hope he continues my legacy.

I know he left but he was the most trustworthy of them all, a general nice person and amazing building.

Yo! Creeper. Congratulations on the promotion, I hope Mercia goes well - you can use the schematic of the Mansion I was making and make it your own. Enjoy!

Firstly: Why did you think I am your Dad? Anyways. I would like to say that you are an excellent Mayor and should continue Utopia and expand it more than AmbientCity.

I would like to thank you for helping me get a plot in your town in Utopia and want to wish you the best in future.

Our relationship was never set in stone. Always in a state of flux - one minute we are business rivals, then partners, then friends then it just repeated again :P - Keep up the business, you are an extremely kind person.

WILL I STAY IN THE COMMUNITY!?

Yes, because although I didn’t work out on the server I would like to see how the mod grows and adapts over time. I also have a bet with SamuelBamuel over when it will die out. (I bet £1.50 on 2025 SHH)

This has got to be the best community I have ever been a part of and I still remember with my laptop and my 9-year-old self being amazed on my old Mac with SamuelBamuel saying stuff like “Oh wow we spawned in 1 Dalek and 1 Cyberman and the game crashed *BEST BATTLE EVER!*”

Oh well… there goes my dreams of ever riding backseat in a Rolls Royce Silver Dawn on DMU.

Goodbye one and all. If you would like to see me back then protest, but I doubt anyone liked me in the first place and anyone who did will hate me now after the truth.

PS. Once I do this I have no second chance at an appeal. Right? 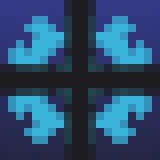 I'll miss ya Mision, even if you did do some bad things at Galektown.