I have a suggestion for a boss fight - I hope it's good enough to be added. Here it is; to quote a wise doctor (no, not our one): "Get a load of this!"

Description: A rogue Dalek mothership that travels the galaxy, spreading terror wherever it goes.

Lore: From the DWM comic "Fire and Brimstone" - home to a group of Daleks that sought to eradicate Daleks from other universes by harnessing the power of a sun.

Spawning: It spawns randomly once a world is generated - it will rarely be in the same dimension twice, and only spawns once. It will never spawn in the End, the Nether or Skaro.

How it attacks players: The Hive itself attacks with laser cannons that can damage your TARDIS, as well as smaller point-defense weapons that attack players. Inside the Hive, you will have to fight various 80's style Daleks (not Imperials), who will shoot at you as you make your way to the middle of the ship, dealing the same damage as regular Daleks. Once in the centre, you will have to battle the Supreme Dalek, who deals roughly twice as much damage as a regular Dalek.

How to find the Dalek Hive: When visiting a world in the TARDIS, a warning tab will appear under the model of that world saying "Abnormal signals detected" - this will only happen if the Hive ship is located at that planet. Next, you will have to input specific co-ordinates to find the Hive. It will send out a signal which prevents a TARDIS from landing within 1000 blocks of it, so the player will have to land outside of that range and then leave their TARDIS. They will then find the Hive by looking up at the sky (it's a big ship).

Fighting the Hive: Once the player gets within the aggro range (700 blocks), the Hive will start bombarding the planet from orbit, but in doing so will lower the signal, allowing the player to land within 1000 blocks of it. This leads to phase 1 of the boss fight, where the player has to disable the point-defense guns protecting the hangar bays, while avoiding the larger, anti-TARDIS guns. The guns are mobs in their own right - they do not move, but they do have health bars (small guns have 132 health, larger guns have OVER 9000). The guns are also protected by Daleks that spawn on the ship's surface. Once the point-defense guns are disabled, the player can fly their TARDIS into the hangar bay. Once the player leaves the hangar bay and enters the rest of the ship, the boss fight moves on to phase 2, in which the player has to fight through the various Daleks aboard the Hive and reach the command centre. Once there, the third and final phase of the fight begins - the player must kill the Hive Supreme, who is the size of a common tree (larger than normal Daleks). This Dalek is also immobile, but makes up for it with powerful weapons and the ability to spawn various guard Daleks to defend him. The Supreme is somewhat similar to Mother Brain from the Metroid game franchise (which I am a fan of) in this regard, as well as in that his death will set off a 10-minute countdown timer which will result in the Hive self-destructing, killing the player (even in creative mode) if they do not escape in time. Escaping the Hive and reaching the hangar bay will complete the boss fight (the hangars are unaffected by the explosion).

Rewards: Once destroyed, the Hive will stop bombing the planet and the anti-TARDIS signal will turn off. It drops 1500 EXP and 100 credits, as well as a Dalek Construction Team. This is an item that, once used, will spawn 6 grey construction Daleks (that resemble grey versions of 2005 Time War Daleks) that cannot be killed and will fly straight upwards until they reach the Hive's remains (the exterior will be badly damaged and none of the guns will work), before hovering there, apparently useless. However, once the player leaves the planet, the construction team will commence rebuilding the Hive, which will be fully intact (with a revived Hive Supreme) once the player returns, ready to repeat the boss fight. (the anti-TARDIS signal will remain off). The Supreme Dalek will also drop 500 EXP and a Hive Dalek Trophy (a miniature version of the Hive Supreme).

Weaknesses: none for the ship, but the Hive Supreme is weak to Dalek weaponry.

Hive Supreme (with Dalek for scale) -

Note to developers/mod testers: please test to check for bugs.

I hope everyone likes my boss fight suggestion and that the developers can put it into the mod (I will allow some simplification if its original form is too hard to implement).

I'd just make one suggestion so far. Put paragraphs because it's very hard to read when it's all one giant paragraph. :) 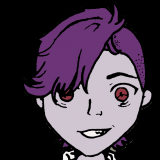 have you made this dalektag if you have can I see it pls???

have you made this dalektag if you have can I see it pls???

I made the suggestion, but the images came from other sources: the Hive Supreme image is taken from Librarian-Bot on Deviantart (he's really good at making 3-d Daleks!), while the saucer is just a screenshot from a Doctor Who game on the PS3 (or more accurately a video of said game).

ok cool hope this gets added

I'd just make one suggestion so far. Put paragraphs because it's very hard to read when it's all one giant paragraph. :)

I've added paragraphs now - thanks for the advice!