Already in the Thread

To be added Soon

Spawning: Has a chance to spawn in villages

Goods: Sells Statues of the Doctor

Based On: Child Villager

Payment (I may change this): Sweets (Cookies and Jelly Babies) and emeralds  in addition to either credits, enemy drops, or Doctor based clothing

Why a Kid?: I felt a kid vendor would be cool. Consider that kid merchants in mods are a scarcity and nonexistant in vanilla Minecraft. This would make this a really unique feature and also allow for a unique form of payment

Other things: If the player uses one of the  Doctor's pieces of clothing on the kid, or trades it, the kid will wear it. If he has one or more head/torso pieces, he will change to a random one every now and then.

Breeding: This Villager will not become an adult, and is unbreedable 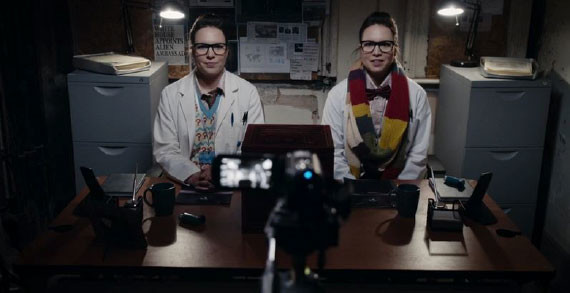 She will trade the player pieces of the Doctor's clothing (perhaps with a few enchantments to make them special. Idk whether or not clothing is normally enchantable, but if not, this would make hers very special) that are not usually obtainable via an other method and perhaps also a few of the Doctor's Statues.

Undecided at the moment

Osgood does not Breed.

Lore: Professor Marius was the creator of K9 mk I, and thus the first to have ever made a K9. I assume that the following K9s (the one made by the Doctor and the one some Time Lords mentioned they could make to replace Leela's) were just based on his design, but I need to check whether this is true or not.

As Seen in: The Invisible Enemy

Spawning: Undecided atm. In the show, he was at a sort of medical center in space, but returned to Earth at the end of the serial.

As Seen in: The Dalek Films as well as a comic or two

Why him?: What makes Cushing Who notable is that he actually made his own Tardis (from scratch). This makes a big difference when compared to the Doctor, who stole rather than built a Tardis himself (sure the Third Doctor tweaked with it a whole lot and 11 put together the junk Tardis, but both had things to start out with. Again, Dr. Who built his Tardis from Scratch and without prior knowledge of Tardises).

Wares: he will sell a few useful items, but that's WIP atm

Credits (after he has Dematerialized at least once)

He is over all WIP and I may change my mind about how to include him. He is, overall, a BIG feature in himself, so I won't go into much detail on him now. I will only focus on the possible goods for certain incarnations for now rather than really going into detail on each incarnation himself

The Doctor will not breed

Appearance: The Fourth Doctor will wear his Burgundy Outfit (His last outfit before Regeneration, as seen in Leisure Hive). I feel it makes the fact that he has most of his scarf designs a bit more sensible since, at this point of his life, he has already had most of his scarves

If the Doctor is able to Regenerate:

Spawning: Spawns in villages, but at a low chance. A VERY low chance.

Appearance: They look like villagers, but... There's something just a bit "off" about these guys.... (I haven't decided what yet, but trust me. They are not from Minecraftia. They are really just disguised as villagers. Of course, this will not be actually stated in game.)

Goods: The Hoticulture Timelord sells goods to aid in the nourishment, growth, and care of crops and Tardis Coral

Wares or things he might buy from the player:

I'm open to suggestions on how to improve things and critiques and opinions on my ideas. If you have any of those, feel free to comment below

I've added a new merchant. Emeralds to Credits and Credits to Emeralds, he's your guy

Nah. He is great as is. One thing. Please do not make the trades a ripoff. 20 Emeralds for 2 Credits will get that guy killed with extreme hate and prejudice.

Lol it wouldn't be. One emerald is more valuable than one credit. But again, I still need to decide on an exact conversion rate.

I'm not sure how I feel about him though.
Opinions or suggestions on him?

I think that it is spelled Thal.

I think that it is spelled Thal.

The Baker and the Furniture Merchant