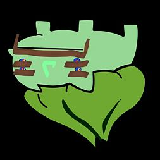 Why you were banned: I had a hack client on by accident. (Wurst)

What were you doing last on the server: I believe I was walking in a cave or walking near spawn, it has been a while since I cannot get on the DMU well after the restart. Very laggy.

Why you think you should be pardoned early (Please keep this factual. We understand you are sorry that you got banned so please stick with the facts): I believe I should be pardoned early because I did not even notice the client was on. When I joined it told me it wasn't aloud and I was perm banned. This confused me a lot, but I then realized I forgot to put the client back in the folder from last night. I have not used it before and only started that client on single player worlds and small servers me and my friends only play on. The only thing I found interesting about this was that it had an option to render where mobs could spawn if they could and I used this on the server with my friends instead of walking around our creative bases in F3 mode looking for block lighting to be seven or lower.

4 hours no one got back to this guy

Brett, please don't reply to a ban appeal unless you have information that could change the outcome of the ban.

Bug, the banning staff member (or Josia for auto-bans I believe) will respond to your appeal when they have the time

Wurst client is in no way allowed as you can do alot of things with it you can't as a normal player.

It's also no accident when you join with wurst as your title screen definitly says when you launch so does the launcher.

You also said you found it interesting to be used on server to see where mobs spawn which is another advantage over players you should not have.

You can appeal again in 2 weeks