Ok, this is getting stressful for all staff, WE DONT WANT BAN APPEALS. If you were banned it was for a reason. So when we ban you, we are implying that you are punished for your actions on the server, not to beg to be unbanned to do it again. It gets annoying for staff (Like me) and the public thread area is FILLED With unban requests so from now on IF YOU ARE BANNED, YOU STAY BANNED NO PLEAS TAKEN

I agree wholeheartedly.  The sheer amount of ban appeals is beyond ridiculous.

Yeah, it is getting irritating, I'll edit my formatting post to not include an unbanning report format if these reports are not encouraged. 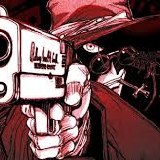 im not asking to be unbanned. im wondering when ill get unbanned. cas i was baneed yesterday at 5:15 pm centreal, and i didnt get unbanned...ill remove this once i get a reply

Yeah, basically he is. The contradiction in that statement though...

i had a 24 h ban yster day and i havent been unbanned? im just wondering 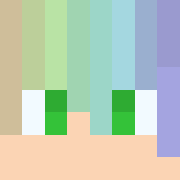 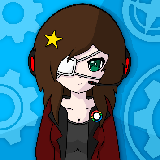 The Dalek Mod Universe and Dalek Mod Universe Private do take ban appeals, to remedy things such as misunderstandings that end up with banning, or the rare occasional forgotten 24 hour ban. Ban appeals are, and should be allowed. The players that are banned on the servers need a way to voice their stance, and do what they can to improve or fix a misunderstanding.  I understand how it can be stress filled with the amount of them or ban appeals that aren't very helpful, and just ask for unbanning with no reasoning. The servers are not for staff to ban people, with those people getting no say what so ever. At least if they are banned, they must be allowed to appeal for forgiveness.

Sixth Doctor, from what I know of you, you are a very nice person and good staff member. Please do not declare that those who have been banned from the server do not get a second chance or any say, not all situations in which a player is banned are just. We all make mistakes sometimes, staff are not perfect with banning, no one is.

ban was fixed thank you for noticing me...senpie XD

It is stressful on both ends(whether someone was banned for a reason or a mistake) The hardest part is waiting for a response, and I know how that feels, it sucks not being able to play. I myself am not able to play the public server because the server errors when trying to unban me or something.

Sure there are people who deserve it, but there are people who may not have deserved it as well. The worst part of it is having to figure out who is who and that is where your frustration comes into play. There is so much of it, it just causes you to get mad. What it is, is that people want to play and they get stressed out when they can't. Its nothing you have done, it is just their reaction when it happens. probably the same reaction you get when you see a million of the same post, a sense of being overwhelmed.  Sure its maddening, I get that, but its the same feeling on both ends. It is definitely a sad day when backs are turned and relations between you and us are breaking apart.

The only suggestion I could make is that unbanning requests are to be placed properly formatted and in one thread, and from there can be evaluated  in order of priority.  Most importantly a thing that would calm nerves is an acknowledgment of the situation; you don't have to get right onto anything, that's not want I mean. what I mean is just a friendly thing that says "hey , I see you just wait on it" something like that can be placed as the header on that thread I just suggested. 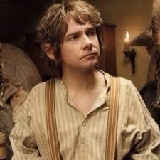 I'm glad you put this up before I became staff xD I don't think I'd be too happy with a billion ban appeals...

Ban appeals are allowed. I am locking this now.