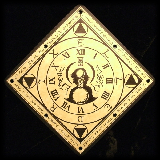 Feature Name: the generation of random structors within the over world that acts as both a hint to how far the time lords had control of when they were in power and an a way to get some stuff in some suggestions previously

Lore/Brief Background (Or "As seen in" if not from Doctor Who canon): well these spires would have been left behind by the time lords of old to mark the planet as theirs in their mighty empire and when that era fell these were left to rot. however they did contain some very special ores.

Description of Feature: they are a nice big tower like area that would have the generation rarity of a village (so not super rare). they would be built out of several gallifreyan ores and inside have lots more goodies for the player to collect when they find one of these. on the outside they would have old high gallifreyan placed on the walls to inspire fear into the enemies of gallifrey and to make them feel much older.

What is the purpose of this:  to make it easier to get a tardis and get more gallifreyan ores for that job. just see This and This.

How do you suggest we implement it in game: make a naturally spawing build that would be generated at the same rarity of villages.

I like it. I'll throw in a link to here in my Gallifreyan Ores Suggestion