Here I am. In 8 days it will have been one year since I was permanently banned from DMU. This ban was justified in every way, normally when people appeal they proclaim their innocence but I want the truth to be told in this appeal.

By now most people in the community will have forgotten my actions and me as a player. But what I did must have cost a dozen players days of work down the drain. It all started two years ago when there was a T.A.R.D.I.S chest glitch found by RHINOBOLTY. This glitch eventually got him banned but at the time we were good friends so I kept this information. A year later I foolishly used this glitch to commit a massive raid on multiple players and towns. But my crimes against DMU delve far deeper than that. Due to complications with friend ranking, I had acquired Creative mode on the server when staff thought it was removed. This led me to go on to build multiple creative buildings and in doing so, tip the server's economy.

Why should I return after doing such horrible things:

I shouldn't. I can say that I have changed, I believe I have. I believe I've become far more mature and respectful of other's hard work after I had a sense of realization from being raided myself on another server. You must understand that I am mentally disabled as someone with Aspbergers and sociopathic traits so find it hard to relate to people. Ever since then I have come to terms with how to deal with these problems and I have full confidence that I am capable of finding my place in this server. I wish to start a building company in Ambient City (under the assumption that is still a thing) and start a 'neighborhood watch' sort of program, the people's staff if you will. To help people stop getting banned and admit to their errors. Although I have been a bit of a troglodyte in the past I believe I have learned from my mistakes and beg forgiveness.

Things I lost when I got banned:

When I got banned I had a HireSWD being produced for a Reskinned Bessie. I was going to start a chauffeuring service but then I got banned and as I couldn't contact 1WTC it was never uploaded to the mod.

What will I do when I get on:

I have actually created a new account, Frank_Sinatra_. This is because my old account had a typo and it contrasted with my high grammatical standards. I also created it because my father removed the old email that Mision_Control was registered with. I will be more than willing to pay some money to have my old ranks transferred to my Frank_Sinatra_ account. I will also have a nickname in-game of Mision just to let everyone know who I am and what I have done.

I have followed this community for years, I started playing back in 2014 when my friend SamuelBamuel and I would have Dalek vs. Cybermen battles on my old macintosh, we would be impressed at the 5FPS I managed to max out, those were some good times. Since then a lot has changed in this community. The mod is only getting better and I can see this community lasting many years or even decades to come.

Oh nice, I remember Samuel.
[Your appeal is being looked at by staff btw] 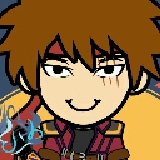 Normally the staff member who banned you will deal with your appeal but sub left the community recently so we put it up to staff debate. It came back with almost everyone saying you should be unbanned.

Your appeal has shown us that you do feel sorry for what you did and we believe you should be given a second chance, however we have not forgotten the sheer mass of items you stole so you are on final warning.

I will talk with John about transferring ranks over to you account.

Thank you. I wholeheartedly understand that this is my last chance and I intend to grasp it up and contribute to the community as much as I can. Thank you.

Until/if my ranks are transferred I shall be running the server on my Mision account before switching to the Frank one. Never both at the same time as not to break the no-ALT rule.

Appeal has been accepted.

This Thread is now locked.