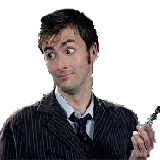 Hi I have a weird situation here. I have a title and a nick, which was fro ma while ago, but now I can't change them. Also, I believe there is a big misunderstanding: A while back I lost the ability to /fly, /title, /nick, and use the flight panel. This was due to, (as explained by John), the Minecraft EULA stating that no player will be given an unfair advantage from paying for something. However, it seems not only has the EULA been misread, but also, the use of beta features, like the flight panel, is not an unfair advantage. So I believe that the beta role situation should be dealt with by a petition. I will be starting a petition to allow beta users to use beta features again, and have title and nick, (not necessarily /fly however.) https://strawpoll.com/6p62f115

It is an unfair advantage, as it gives you flight and we only allowed it for a specific part of people.

So we unlocked it for everyone.

Ok so my mistake, we have everything that is fair except for /nick. I was typing /title instead of /set-tiltle. How do I change my nick?

I remember from my days in beta that we didnt have /nick,  we only had /set-title

/nick is for Vip and up if i remember correctly