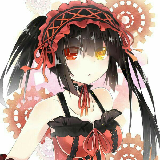 Why you were banned: Calling Sub/Suffril/Swirtzly his real name

Ban duration: permament What were you doing last in the discord: talking in discord

Why do you think you should be pardoned early : I’ve had personal issues with Sub and I called him his real name just make a small joke but he raged at me and banned me for calling him his real name although everyone knew his name already. Kind regards, -ydna111

Thanks for your appeal. Your ban will be lifted.