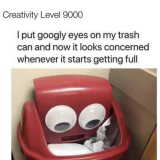 I'm going to get straight to the point with this. I was banned in 2017 after i had Tardis bridged and spoke badly about the staff after a thing that went down in a Discord server where i asked for help to build on my aternos server and everything was destroyed anyway, I was in a sour mood and did bad things also with the situation i faced in real life at the time had affected me.

I had bridged on an older device using an X Ray mod, One which got me banned from many servers which since then i have worked on getting unbanned from all the servers i have been banned from, Which so far i have apart from some which have shutdown.

I don't mind if you keep me banned because it was entirely my fault. And that's enough said from me.

Hi, I see you've left some of the bad stuff behind which happened back in 2017. You will be unbanned with a final warning.
However, we can't unban you because we don't know your Minecraft username (one of the reason why we like the ban appeal format so much). Could you share it with us?

ChrisTheRenegade is my minecraft username. Thank you for the unban.

Welcome back to the server!