Feature Name: Really doesn't have a name but A togglable button

Lore/Brief Background (Or "As seen in" if not from Doctor Who canon): Well  Since weve never seen through the eye of the Glasses who is to say they don't turn off?

Description of Feature: Alright so planely it would be a button that while wearing the Sonic shades (much like R to open doors and activate the shades sonic ability) that would be able to turn them off.

What is the purpose of this:Personally I find the sonic shades a cool thing as you don't have to swap out to a sonic to activate things, open doors, or hit F3 to check out a block or players health. But at the same time I find that annoying when I am trying to do things that I already know. For example if I am building normally I don't need a big gray box or blue hue on my screen obstructing my view.  So simply put it would be a button to toggle the glasses on and off i think it would make them a much more appealing item to always have.

How do you suggest we implement it in game: The same way that you implemented the "R" button to open doors while wearing a pair of sonic shades.

great idea i feel the same

I was confused when I first read the thread.

I think you mean turning the graphics/interface off, right?

Yup that is what I mean 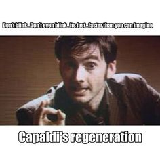 Yup that is what I mean

is this 411tman talking

Do you mean a key bind to turn the GUI tinting off?

Maybe be try using that description, it makes your suggestion clearer.

But I agree, sometimes the GUI is a bit annoying and you have my suppourt.