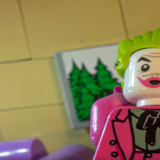 So here's my pitch, DMUSM would be a wynncraft sorta thing but with doctor who elements, like instead of dragons and mystical monsters, ya get Alien Bosses.

Questing could be discovering stuff like Cybermen tomb or just battling Daleks that are trying to invade the overworld. Completing these quests could level you up in crafting, so you can craft new and advanced stuff like really op sonic screwdrivers or weapons

This is just some ideas i had while trying to actually sleep, i might update this later,

Story Mode is currently in production! It’s being developed by a very talent team of builders and coders and will be released hopefully very soon!