Why you were banned: Accidental greif

I was building a underground building when I came across what looked like an abandoned mine. I checked my map and I was underneath a destroyed building that was deleted because they didn't follow the town's rules. I looked to my left and saw a small wall built out of quartz blocks that the previous owner obviously never finished, so i thought. I started to gather the blocks as I only thought was a random wall in the middle of a random mine. Since that plot was destroyed/deleted I took some of the blocks as I needed to fix a greif on my own base.

I had no idea someone had claimed this plot and the grief was completely accidental. I  have never been banned on a server before and for the building owners inconveniences I will give all of their materials back and will give them 3 stacks of quarts to continue their build.

If i had known this was a new build and not a part of the deleted build, There is no way i would have done anything. I Promise i will be extra careful next time and never take from deleted bases. 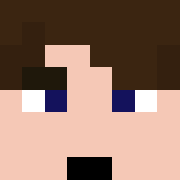 Hi SteelCrow! It sounds to me like this grief was not accidental, you knew you were breaking another players build, but it "looked abandoned. Even if a base looks abandoned breaking the blocks is still griefing. It also wasn't a small wall, it totaled to just over 50 blocks. In the future if you base is griefed don't steal to fix it... report it to a staff member. Anyway, I will be denying your appeal for now. Please reappeal in 1 week.
~Thetomsterman DMU Trainee Staff