On the forces of the Nestene Consciousness

As a long-time fan of the Dalek Mod (it's one of the best mods I've ever played), I know full well that it's mostly about the Daleks.  However, I feel that there's a good bit of potential to expand the forces of one of the Doctor's other great enemies. I'll do my best to explain how the Consciousness can better marshal its forces in the overworld (and elsewhere, too…).

Note: all exp. drops can be decided by the developers.

·         As seen in: most stories that feature Autons and/or the Nestene Consciousness.

·         Description/background: duplicates of key individuals created by the Consciousness to aid in the infiltration of target worlds and prepare for an invasion.

·         Behaviour: hostile towards players and other enemies of the Nestenes.

o   They can be disguised as a number of mobs, including classic players, villagers, zombies and skeletons (other undead humanoids are also included). They will initially follow the same behaviour as the mob they are mimicking (shooting with a bow and arrow as a skeleton, trading as a villager, etc.) until it is attacked, at which point it will drop the pretence and use its arm gun in the same manner as a regular Auton.

§  A major giveaway if a duplicate is disguised as an undead mob (zombie, skeleton, husk, etc.) is that it will not catch fire once the sun rises.

o   Additionally, it will be initially identified as the mob it is mimicking by mods such as Damage indicators so that the surprise isn’t lost.

·         Drops: same as a regular Auton, with one drop from the mob it is mimicking, e.g. rotten flesh from a duplicate of a zombie.

·         Why they should be added: they represent a key trait of the Autons and will add more of a thrill factor to Minecraft.

·         Description/background: plastic meteors that acted as vessels for the Nestene Consciousness and control units for Autons.

·         Behaviour: groups of these (5 per group) will land randomly in the same area (distance between each one can be decided by the developers) and will sit there, seemingly harmless. However, they will direct nearby Autons to pick them up and carry them in order to bring them together. If they are brought together and the player is not able to separate them within a certain amount of time (which can be decided by the mod development team), a Nestene manifestation is spawned (see below). They also spawn rarely on Polymos (see later post), if it is added.

·         Why they should be added: they are a key part in any Nestene invasion and will add more interesting mechanics to a very under-represented faction in the mod.

·         Description/background: a manifestation of the Nestene Consciousness used to control armies of Autons.

·         Behaviour: see Auton Duplicates above in regards to hostility

·         When it is spawned, it provides a boost in firepower and coordination for nearby Autons (this can be placed into the mod as Autons dealing an extra half heart of damage and being more accurate, or else Autons being less accurate and dealing less damage when not within a certain distance of a Nestene.).

·         It can also attack players with its tentacles, dealing roughly 3 hearts per hit (without armour)

·         Drops: can be decided by the developers, but will likely include at least a small amount of plastic and a considerable amount of EXP points.

·         Why it should be added: the Nestene/Auton faction does not have any bosses in the mod, and the classic manifestation represents the versatility of the Consciousness.

·         Description/background: A manifestation of the Nestene Consciousness made of plastic due to its nature being altered by the Last Great Time War.

·         Behaviour: Is immobile, spawns Autons to defend it. Also provides a boost to Autons similarly to the first manifestation seen above.

·         Why it should be added: It will allow players to recreate “Rose” and makes the anti-plastic item (see later post) more useful, as well as highlighting the Consciousness’ transformation during the Time War.

·         Description: there are several types of these dungeons that can be found:

o   Small dungeons – secret bases constructed by the Autons to house pure Nestene manifestations. These are generally high-tech complexes with various computer terminals and a containment tank for the Nestene inside. There are several chambers in these, as well as Auton mob spawners and Shulker boxes containing plastic and other items that can be decided by the mod development team.

o   Repurposed dungeons: regular dungeons from vanilla Minecraft that have been commandeered by the Consciousness, with Auton spawners instead of vanilla mob spawners and a Nestene containment tank (with Nestene manifestation) at the back of the room.

o   Large dungeons: secret bases similar to design to the one seen in Rose (2005 TV episode), it is accessed via a tunnel (usually found under villages or other structures such as temples) and consists of a large chamber with multiple gantries and a large vat in the centre. In this vat is a type 2 Nestene Manifestation, which acts as the boss of the dungeon. There will also be Shulker boxes containing various items (including confiscated vials of anti-plastic). Autons will also spawn (either naturally or via mob spawners).

·         All of these will spawn in the Overworld. In addition, repurposed dungeons will also appear on Polymos (see below)

·         Why they should be added: they give the Autons more of a purpose and bases, just as the Daleks have their mothership on Skaro and the Cybermen and Ice Warriors have their spaceships on the Moon and Mars respectively.

-          Polymos, homeworld of the Nestene Consciousness

·         As seen in: no specific appearance but has been mentioned in several novels and audio dramas, such as the “Terror of the Autons” novelisation and the novels “Synthespians™” and “Millennial Rites”.

·         Background: the homeworld of the Nestene Consciousness, which served as its base of operations until its destruction during the Time War.

·         Description: this planet will likely be a shade of white (due to the Consciousness’ influence infusing it with plastic) and have large chasms in the ground due to damage received during the Last Great Time War. The planet will thus also be highly barren besides from repurposed Nestene dungeons as described above (due to the Consciousness’ lack of resources), save for being made out of new Polymos blocks (which can be decided by the developers).

·         Stagnant protein pools will also appear – these will contain a liquid similar to water save for being an opaque white. If an Energy Unit is thrown into one of these pools, it will give off a particle effect. If several more are then thrown in, a Nestene manifestation (first type) will spawn and the liquid will disappear (the Nestene will have formed using the liquid to create a body).

·         Autons (standard types) will also spawn due to the Consciousness trying to cling to its devastated homeworld.

·         The only other structures that will spawn are ancient shrines (see below).

·         Why it should be added: It adds another planet into the mod, highlights a casualty of the Time War and does not render the Consciousness as a nomadic faction without a home like so many in the mod.

o   Note: As this planet was technically destroyed by a Time Destructor (as seen in the novel “Natural Regression”), I know there is less justification for adding it into the mod than with most other planets, and so if this is not added, I will understand.

·         Description: shrines found on Polymos which are seemingly dedicated to the Nestene Consciousness. Although these have fallen into ruin, the altars at their centres are still intact.

·         Description: These will resemble versions of the vanilla Minecraft temples, except for being made out of a form of Polymos block (likely Polymos stone, if the development team sees the need for it) and being largely worn away.

o   At the centre of each shrine is an altar similar to the frame of an End Portal (save for being made of a Polymos block) with a pool of liquid plastic in the centre. If Energy Units are placed in each of the slots (like Eyes of Ender are on End Portals), then a Nestene manifestation (2nd version) will spawn and the standard bossfight will play out.

o   However, if Eyes of Ender are placed in the slots instead, then a unique boss will spawn (see later post).

·         Note: as the shrines are linked to Polymos, I will be happy for them to not be included in the mod if there is not enough justification for the planet to be added.

Secret Shrine Boss (note: this boss and its links to the Nestene Consciousness are clearly stated in the novels “Synthespians™” and “Millennial Rites”.)

·         As seen in: Mentioned only in H.P Lovecraft’s Cthulhu Mythos, Synthespians™ and Millennial Rites.

·         Description/background: Outer God/Great Old One from a previous universe who give birth to the Nestene Consciousness on Polymos, shortly before conquering the planet with it.

·         Behaviour: Hostile to enemies of her progeny (the Nestene Consciousness and Autons). Is immobile, but will try to strike the player with her tentacles, which deal moderate knockback. Will additionally spawn Autons to defend her, but to a lesser extent than the Nestene manifestations as much of her energy will be spent maintaining her physical form.

·         As mortal minds cannot truly comprehend an Outer God, the player will receive one of several minor debuffs (Weakness, Blindness or Nausea) within minutes of starting the fight. Eventually, the mental pressure will become too much, and the player will start taking damage. All these effects can be avoided if the player faces away from the boss for a few seconds, although this will need to be done fairly often and will leave them unable to notice Shub-Niggurath’s attacks.

·         Drops: numerous high-value materials and items, such as diamonds; Zeiton-7 ore, crystals and blocks; emeralds; and other rare forms of loot. However, Shub-Niggurath will drop less loot should she be defeated with anti-plastic (and most of said loot will be replaced by plastic).

·         Why she should be in the mod: her presence will acknowledge the older, more obscure novels in the Doctor Who canon and provide some variety in terms of bosses. Additionally, Shub-Niggurath is not even the first Outer God in the mod (or in Doctor Who), as the Great Intelligence is implied to be Yog-Sothoth in the novels “All-Consuming Fire” and “Millennial Rites” – as such, the Whispermen and Snowmen in the mod already represent the forces of Great Old Ones, so Shub-Niggurath’s inclusion will not be an anomaly.

Images (varying in appearance depending on the source): 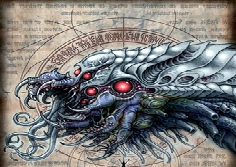 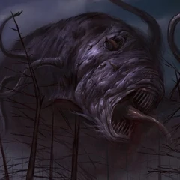 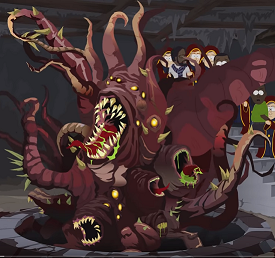 ·         Description: a phial of liquid that dissolves plastic at a dramatic rate. Used by the Doctor against the Nestene Consciousness and its servants.

·         How the player obtains it: can be found in Auton Dungeons (in Shulker boxes) or can be crafted by combining plastic with a splash potion of poison (presumably in the brewing process).

·         When used, it causes the health of Autons and Nestenes (along with Shub-Niggurath) to take massive amounts of damage. It kills Autons almost instantly, and deals considerable damage to the bosses mentioned above.

·         Note: it does not work against any other mob (so players can’t use it to cheese fights with the Ender Dragon or Dalek Emperor, for example).

·         Why it should be implemented: it is a key weapon to use against the Nestenes and their allies and allows players to recreate “Rose”.

-          Once the player visits Polymos, they will earn the achievement “The Plastic Planet”.

-          If the player kills an Auton or Nestene manifestation with anti-plastic, they will also earn an achievement (the name of which can be decided by the developers)

-          Should the player defeat Shub-Niggurath, they will earn the “Godslayer” achievement.