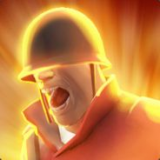 I know, Ive already appealed. But none the less, here I am again. I know that I'm probably not allowed to appeal again but I have made a discovery. Olly provoked me into getting angryat him and I said some things that I regret. How do I know it was provoked you ask? Olly lied to me. He said to me after telling me that I was to be given a 72 hour ban (which I now see was valid) "And your being banned on update day...". This was a provocative lie. There was no update on that day and what he said was clearly provoking me into extending the ban. I know that olly was only doing his job, but I still think that I dont deserve a permanent ban.

PS If it is still nescessary for a 72 hour ban to be put in place, I will be understanding.

Olly’s original Ban was for 72h for the warp grief but it was made perm by the UA Council when you verbally abused him.

As I said before your ban will remain.

Also Update 55 has just been released so Olly was not lying.