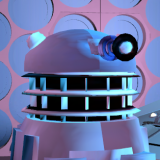 Description: remove the ability to summon the tardis with the key to give the stattenheim remote more use, also allow the option to force people to have a binded key to open the tardis. (But make it disabled by default so people can actually enter their TARDIS after making it)

Lore/Brief Background: the doctor has only once ever summoned the tardis with a key and has shown in previous and later episodes that it isn't possible, so assuming that was a one off close range event that had very specific circumstances, the ability to do this in the mod doesn't make sense.

It has also been shown many times in the show that the tardis requires a key to open it and cannot be opened by hand unless first opened with the key. This was done correctly in the 1.7.10 version of the and I am confused as to why they changed it.

How does this affect gameplay: it would make TARDIS keys less op but keep their importance the same

Any other information: if you are against removing the summoning feature from the key, answer these questions: why did the 10th doctor go through all the trouble of sending a robot onto the surface of mars with his key to bring the tardis to him when, if the key can summon the tardis, he could have just brought it to him. Why do stattenheim remotes exist in the first place. And why did nardole have to bring the tardis to the doctor in the return of doctor Mysterio when (again, if tardises can be summoned with keys) he could have just bought it to him