Yes, hello.. it's me again, your friendly neighbourhood TARDIS builder... and I have another TARDIS for you.

I decided to make the Type 1, not the very first failed attempt of a TARDIS because that would be no fun.

As I'm sure you all know, a time machine travels through time.. No brainer, right? But how does it do this is my question.. Let me tell you a story.

Omega, one of the ancients of Gallifrey, and creator of the Omega Arsenal, was the first to discover dematerialisation. He proposed his dematerialisation theory and constructed the first dematerialisation circuit. This led to the first capsules being constructed and after many failed attempts, Omega managed to create a working machine that could leave wherever it was, slip into the time vortex via small incisions made between seconds, and repair those "cracks in time" before sailing away through the vortex to wherever it should need to land. However, the bigger the exterior of the capsule, the bigger the chance to fracture time due to the incision having to be bigger to accommodate it. This meant that something would have to be done to make sure that: Introduce dimensional engineering, or as we all know it, Bigger On The Inside. Smaller capsules were made, but introduced dimensional engineering to the travel machine, allowing for big control rooms, all while keeping the exterior dimensions small enough to contain time.

I have designed what I believe to be the Type 1's control (and only) room as I feel that the 1st iteration of the TARDIS should be small and contained, as the Time Lords were only experimenting with what could be... 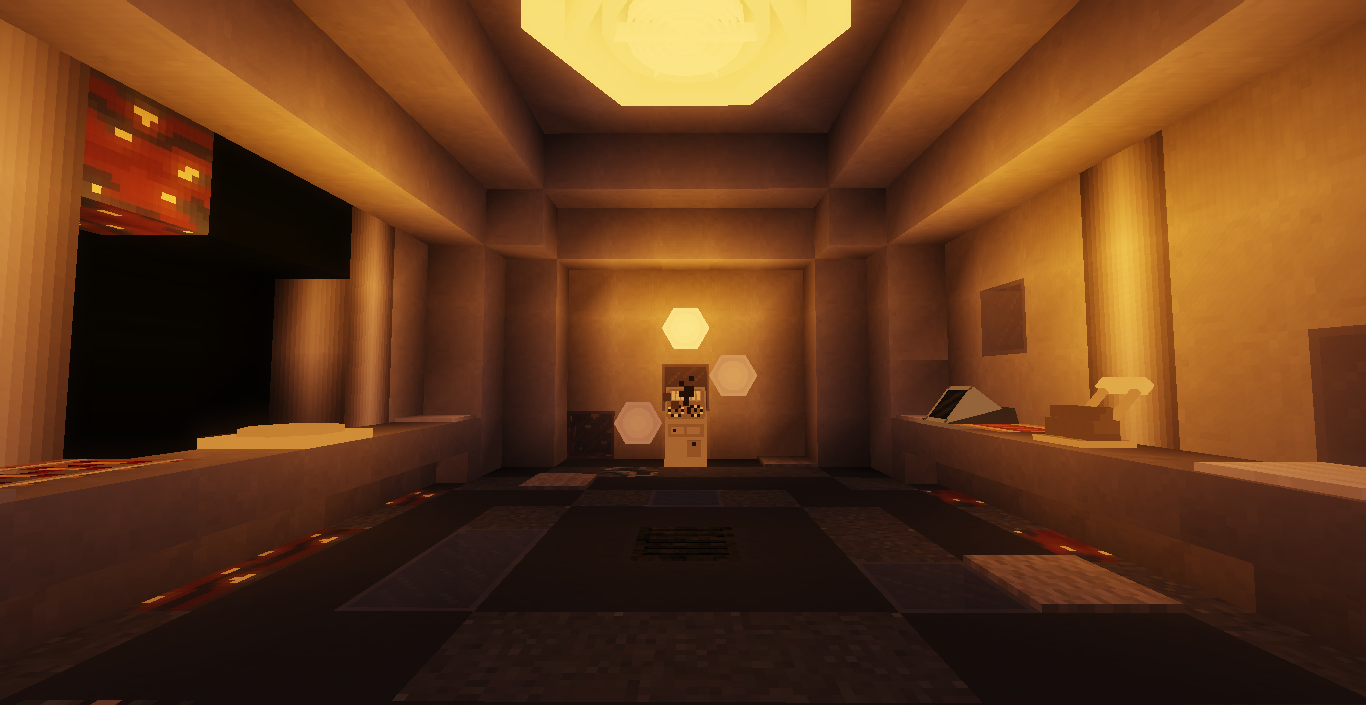 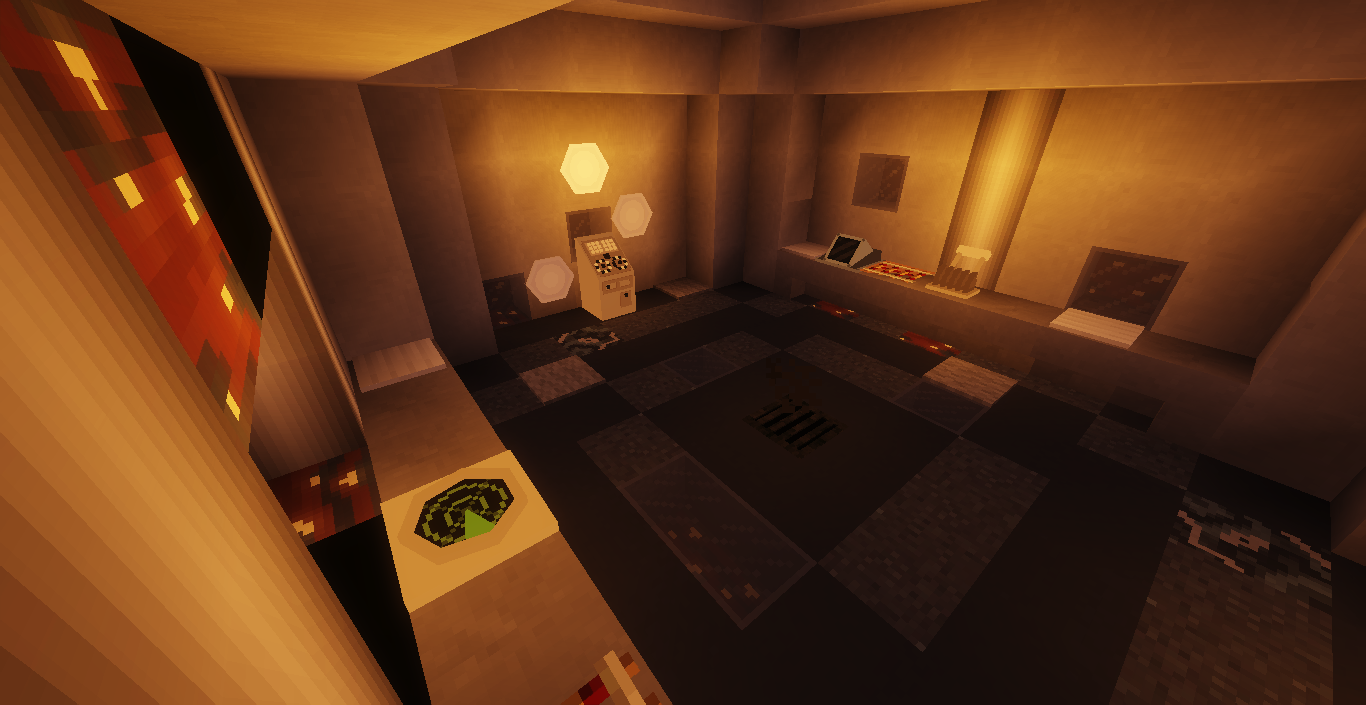 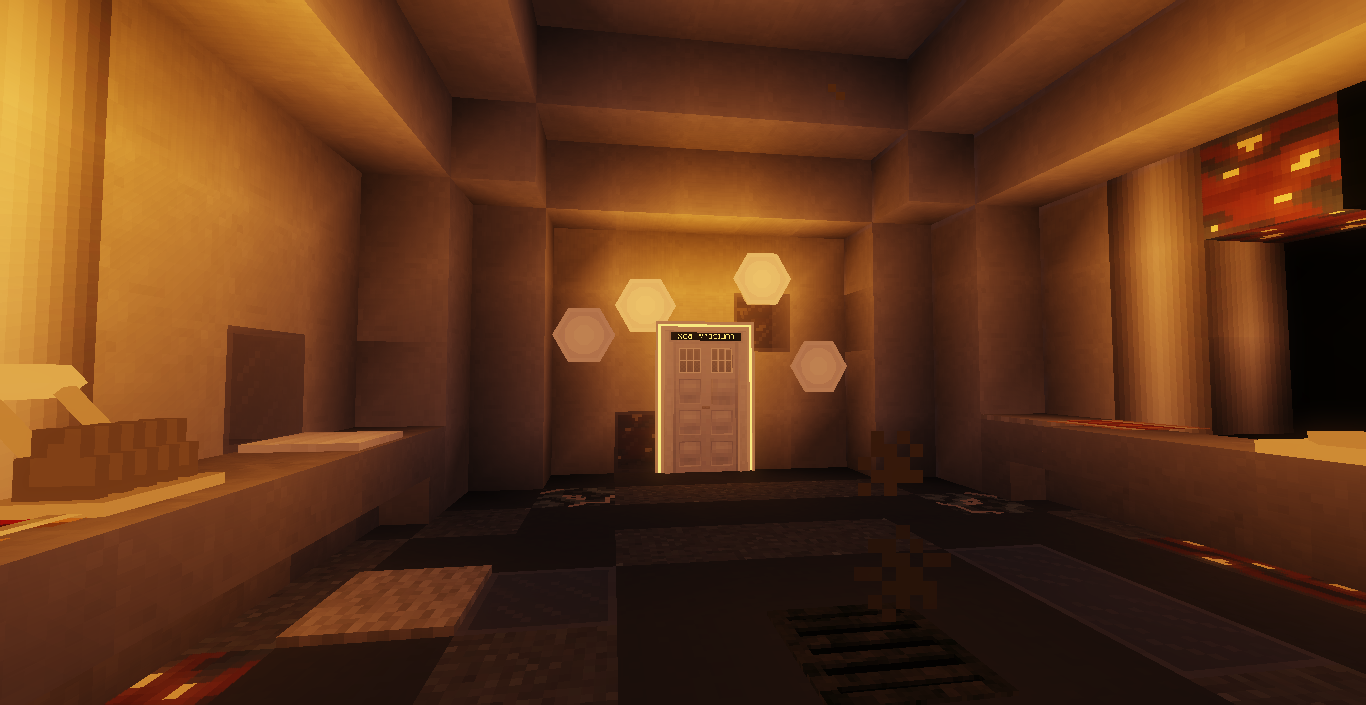 Note that there is not a central console and a barebones control system. There is a monitor in the form of the black indent in the wall, and the player locator serves as a scanner for when traversing the time vortex. Also, there is a police box door because it's the best door as of now in the mod.