This is the 10th issue of the bugle! Yes, we finally got there and we managed to beat the goal before our one year anniversary in the next couple weeks. As the only editor who has been with the Bugle from the beginning to now, I just want to say a massive thank you to all our loyal readers! I was planning on doing a small event but thought I might as well wait until our one year anniversary, so please could you give suggestions in our discord for what sort of event you would like to see to celebrate our one year anniversary! Enjoy Issue 10 - it has lots of fun content to celebrate the past bugles and DMU.

Interview with 1WTC - By Ben1Ben1

This week I managed to catch up with 1WTC or John - the boss of DMU and SWDTeam. To celebrate our 10th Issue he agreed to do an interview for the DM Bugle so everyone in the discord got to suggest questions to ask. Here is the interview. A few people wanted to know about how Dalek Mod and SWDTeam came to be. John said "I just added a Dalek into one of my other mods and it seemed pretty cool. So I made it it's own mod. SWDTeam came about since I enjoyed working with all the amazing people I was working with but I didn't like taking credit for everything.". For people wanting to make an online community John's best advice is to "focus on something unique which hasn't been seen before". If John could make another mod about a tv show he would make it on "Gravity Falls or Red Dwarf" - which I think would be so much fun! One player was desperate to know about how John's Nose became so majestic how John's only response was "Classified" - I wonder what this could mean, if you have an idea do let me know! The most popular question was probably what does SWD stand for and John admits himself he doesn't know - I personally like the idea of Special Weapons Dalek. Some people also asked some either or questions so I'll go through those quickly!

Hope you enjoyed this interview - Next week we will be speaking to Josia, one of the SWDDevs!

Over the last month, ChefLaur ran a game of Survivor SWD over discord, and a few days ago the season finished with a fantastic amazing brilliant well deserving and humble winner, Ben1Ben1. We managed to catch up with him. "It felt so good to win, I had so much fun and I'm so happy that after all my hard work I won," he said. "I do want to thank ChefLaur for all their hard work running it and to Weirdo and Dhi for being great competitors along with everyone else". ChefLaur has now recruited Henrik to be a host alongside him for the next season, Survivor SWDxile Island! As I am writing this the competitors for the season have been decided but have not been announced! This season is going to be filled full of fun, excitement but of course twists. We contacted Henrik for a quote and he said "It's more epic than ever and that's a promise", How can it get much better than that??? Well, congratulations again to the most amazing person ever Ben1Ben1 for winning, and please make sure to keep a watch on this season of Survivor SWD. We may decide to do weekly updates on this season!

Join the Discord: https://discord.gg/uZxGjk9 - Ben is hosting fun games there!!!

To celebrate the 10th issue of the DM Bugle, I'm going to focus on the one thing that has kept the DM Bugle going. Hard work!! The Bugle takes many hours from many people to put together. We have different people writing shorts, articles, interviews, puzzles, riddles, jokes the list goes on! But why do we do it? Because we love to give something back to the community. Because we want to make all the readers smile. Because we like to create some extra fun on DMU! However, to make this all happen - we have to put in lots of hard work however it is always worth it. Almost anything worth doing involves a level of hard work, but I promise you it's worth it! Just push through, keep trying - and if you fail it doesn't matter, you just need to learn! I originally thought that "Thoughts with Ben" was going to be really unpopular and it would be a one-off, but it's turned into one of the most popular segments so it's always worth trying something, you never know the result. However this will be the last "Thoughts with Ben" for a while, I think it would be good to open up space for a new segment! Please leave suggestions in the DM Bugle Discord.

10 issues of the DM-Bugle, and here to CELEBRATE this, this reporter has decided to go back in time to an old place. What is this place you might say? Well, it is the old Tree Spawn. This place is thought to have been created in 2014 so is pretty ancient now. If you adventure to this place, you can see the SWD Team which includes, 1WTC, UDWF1, Reddash16, Youtuber02, Khotarri, and Didgeridoomen. You are also able to meet Frank, a 60s Dalek and owned by Luke, and Reginald, a SWD who is owned by Sam. If you look around the build, you can see that the big tree is surrounded by little trees, which are made of wool.  Also, if you look up around the globe, there is a massive bee flying around. You are also able to see the old rules of the old server so you can see how they have changed from then to now. Go to /warp TreeSpawn to see this beauty for yourself

“Right first day at work, in a huge town, and I'm going to be working for THE dm bugle,” I thought this to myself as I approached dm bugle HQ, the DMB at the top of the building looming over me as I stood by the door, waiting for someone to answer the doorbell. As is stood there waiting for someone to answer the door I heard a faint conversation on the other side. “No let me answer the door, I founded the bugle!”, “Yes but I also founded the bugle, and this is my city!”. This went on for a while before I heard a third person telling them both to shut up and answered the door, “Hello, welcome to the dm bugle I’m Tom and these two people over here are Joe and Ben.” I looked at both Joe and Ben and it seems like they were about to start throwing books at each other before I came in. Confused and slightly amused at how my new bosses were about to start having what I can only describe as ‘A book battle’.

Ben and Joe (rather unsuccessfully) pretended to act like they weren't just having a big fight and showed me around, the place and it was fairly routine (except the strange bear costume they keep in the basement, I mean are any of them furies) until we got to the offices where a whirlwind of confusion hit me all at once. To start off with I see the floor littered with cake crumbs and Pepsi cans, at the middle of the left wall I see a printer, which made noises like it was barely holding onto life, opposite I see a notice board full of notes, posters and all sorts of stuff and at the middle it had a notice in red paper that said ‘REMEBER DON’T USE CAKE AS INK AGAIN (LOOKING AT YOU BEN), at the corner of the room I saw someone who looked like if Colin Baker looked like a sad, ugly 14 years old, who hasn’t had any sleep for the past 3 weeks, who seemed to be typing something on his computer with his gaze seeming utterly transfixed on it as if it was the only thing in the room, and in the other I saw someone who was drawing lines on a map muttering to themselves ‘...yes and if I put something here it can lead to this and...’ I didn’t hear the rest of the sentence as the person ran out of the room with a big bag in their hand, there was yet another person who seemed to be gobbling down on the cake in the room whilst planning a word search and finally there was one corner of the place that seemed completely untouched by the pandemonium of the rest of the room, almost has if it had been placed in a stasis cube. It had a few items on the desk and was neat compared to the rest of the office (which was not saying very much but still) it had a couple of papers stacked up on it with titles like ‘Who, Ideas for a new show’ and ‘Bear man adventures part 3’

I looked at it for a while ignoring all the shouting and screaming going on behind me and felt a sense of melancholy pass over me, but I brushed the feeling of and turned back only to see Ben and Tom trying to open the printer with cries from the other people in the room saying ‘BEN WHY IS THEIR A CAKE IN THE PRINTER, YOU KNOW WE’VE BEEN USING THE SAME ONE SINCE 2019!” and ‘AHHH WE’RE ALL GOING TO DIEEE!’ suddenly the printer magically turned into a cake, then the cake turned into a bigger cake and as everyone ran out of the room I was left dumbstruck to why they were running before turning around and seeing the big cake had cracks of light coming out of it before the entire building turned into a cake and exploded. And as I stood there, body covered with residue from the cake nuke, Ben came up to me and asked, “Soo, Welcome to the Bugle hope you liked your first day!” And at that moment, all I could muster up as a response was “Cake”, 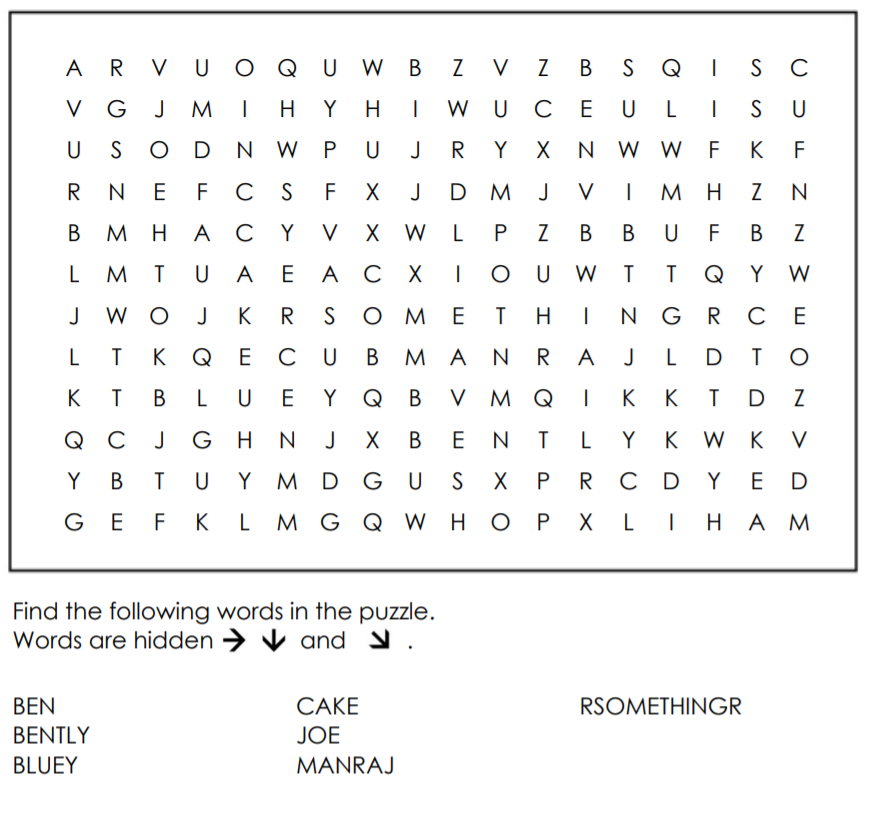 What does a clock do when it's hungry? It goes back four seconds.

What's the best thing about Switzerland? Its flag is a big plus.

I think I want a job cleaning mirrors. It's something I could really see myself doing!

Wow - that's the 10th issue over! I hope you all enjoyed it and make sure to share ideas for our One Year Anniversary Celebration in the DM Bugle Discord. Also let us know - What would you like to see in the next 10 issues? We love making each issue and we want to make sure you love reading them. Have a fantastic week from all of us at the DM Bugle and get ready for Issue 11 being released next week! It will include an interview from Josia50 and an update on the meteor heading towards DMU. 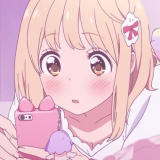 Here are the Answers To last weeks word search 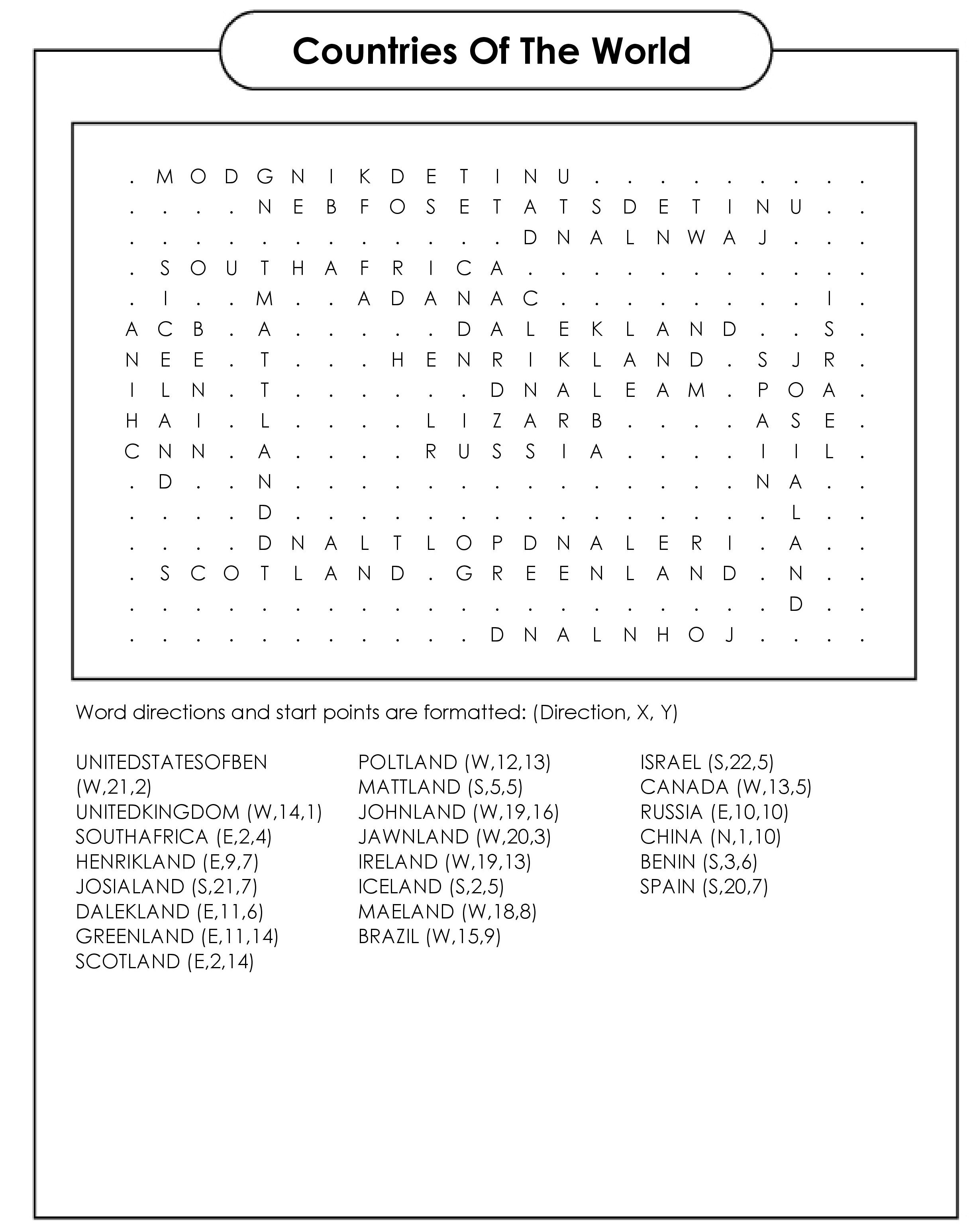