DM Bugle Issue 11 - One Year Anniversary Of The DM Bugle!

One Year Anniversary of the DM Bugle By Ben1Ben1

Last week we released the 10th issue of the DM Bugle, and this week it is the one year anniversary of the DM Bugle! Because of this, I managed to contact all the past writers and editors of the Bugle and some of them have written articles for this issue to celebrate! If you want to read all the past issues of the bugle, you can get them all at the Bugle HQ in SWDCity for $50 each. I hope you all enjoy issue 11 - from all past and present writers of the DM Bugle.

Since the last article about SWDCity, multiple new buildings have cropped up in the beautiful city. From underground stations to the new houses in Chester Street, developments are appearing all over the city. At its forefront is the main architect and city co-owner, Joee3. Appearing in an interview, he stated "Over these last few weeks, we've seen amazing buildings come into effect, especially the new houses over on Chester Street. These houses were a long time in the making and sold out almost instantly. We're currently on the lookout for new designs, so come talk to me if you have any ideas!" We fully endorse this campaign and hope to see many new builds appear soon!

Interview with Josia50 by Ben1Ben1

A few weeks ago I caught up with one of the SWDDevs Josia50. He has many roles - Dalek Mod Developer, DMU Dev, and also he is an admin! In this interview, I'm only focusing on his DM and server dev work. In our discord, the readers of the bugle got to suggest some questions to ask him too!

Firstly lots of people wanted to know if Josia had any advice about how to get into mod making. He said, "I'd say get the basics from java and watch quite a few tutorials.. they can give you a lot of insight on how to do is and once you get the hang of it you can adapt it and find better ways.". One reader wondered what Josia's longest single coding session was - "That'd be 6 AM till 11 AM, but I code multiple times a day. Sometimes I code for 8 hours a day.". Josia really works hard to make DM and DMU the best it can be! I asked what programming languages Josia knew and he responded "I've only worked with Java and Javascript. I prefer Java as I haven't used Javascript for a long time. [I started making mods] since January 2019". A player requested I asked Josia what his favourite thing to make for DM was and if Josia could implement anything to the mod, what would it be - "Boti would be the most favourite thing. If I could add anything to DM, it would be "A space dimension with floating planets where you can fly into, and when you're in demat mode, but non vortex you can open your door and exit and you float when forcefield is on. But once dematerializing and the door is open you'd be sucked out of course." That sounds like an amazing idea!

I also asked him some short comparison questions as I did with 1WTC:

That's all the questions for Josia50! If you want to see his work obviously he works on Dalek Mod, but he also has his own dev team called "JMTeam" who produces an infinity gauntlet based mod, "IGauntlet" and he also has developed a "ServerEssentials" mod. You will also find him being a server dev on lots of different servers! Please let me know in the DM Bugle Discord, who you would like me to interview next!

On the DMU server, the meteor has landed. Ben2Ben2 and R083r76 are scientists that have gone out to try to analyse the meteor but they have mysteriously vanished! We think that they must have been kidnapped. Both the government and the Bugle have been trying to find out what has happened and we need your help. We will give you all the information that we can find out as soon as we get it. So far, we have gotten the rough coordinates of the meteor and you need to investigate the area. If you find anything, keep hold of it and don’t lose it! We think there should be a piece of paper with a clue there - the coords are 2030 89 -1670.

A new command has been added to DMU - /helpop (reason)

This command is to be used when you need serious help from a staff member when there are no staff members online. Once run, it will send a message to staff letting us know you need help. However - please do not just use this command for fun or silly issues. Every single staff member will see what you send, so you need to think about what you use the command for. Please also make sure to include a clear reason - Things like "Tp to me" or "Grief" doesn't really help. Wherever you run the command, it will also send your co-ords to staff so if you go offline, we know where the issues were.

We hope this command helps you all!

Click here to join our discord for useful updates:

Happy Birthday Bugle and Goodbye Bluey by BluerThanBluey and Ben1Ben1

A few issues ago Bluey left the DM Bugle team unexpectedly which meant he did not get to say a proper goodbye. However, he has written this short message for the 1 Year Anniversary Issue:

"Instead of writing Bear-Man 4, as I have already written in and put it on the vault I am going to say something. Happy Birthday Bugle - I hope it continues on. I'm also here to say a proper goodbye as I didn't when I left so, Adios." Bluey

I woke up, the cold winters air brushing over me as I got up. I looked around only to find that my plane had crashed, in what seemed to be an abandoned airfield. A layer of thick mist coated the entire area, the sky resembling a black curtain that had been draped across this place. I brushed the mud and dirt that had amassed on my uniform and tried to see if I could find some sort of building or structure that I could use to contact help. I walked around aimlessly for a few minutes before finding the main terminal of the place and forcing myself in through one of the broken barricades. As I got inside, I realized this place had been abandoned and now all that remained were the documents that were scattered across the floor. I turned around and saw a creaking door that looked like it could break at any moment yet was being held there by some otherworldly force. On the door one simple word had been scrawled on the door in white chalk and which shocked me, help. I immediately looked around again expecting to find something creeping towards me, yet I found nothing. My heart was beating rapidly as I started to hear a faint screaming noise, but I assured myself there was nothing there, just the fog that covered the place and my plane which had crashed nearby. I continued walking, always looking behind me every few seconds in fear that something was there until I found a radio. I desperately tried to get it working but nothing was working so I returned to where I originally came from only to realize that I didn’t check behind me and soon enough I felt a cold hand grip my shoulder and drag me back to meet my fate.

If you've been following the Bugle for the last few issues, you will know we are big fans of the SWDExtra series "Who"! Currently, they are in need of builders so if you would like to help make sets for the show, join their discord and request the builder role! Also, join the discord if you want to help as another role or if you just want to keep updated with the series! 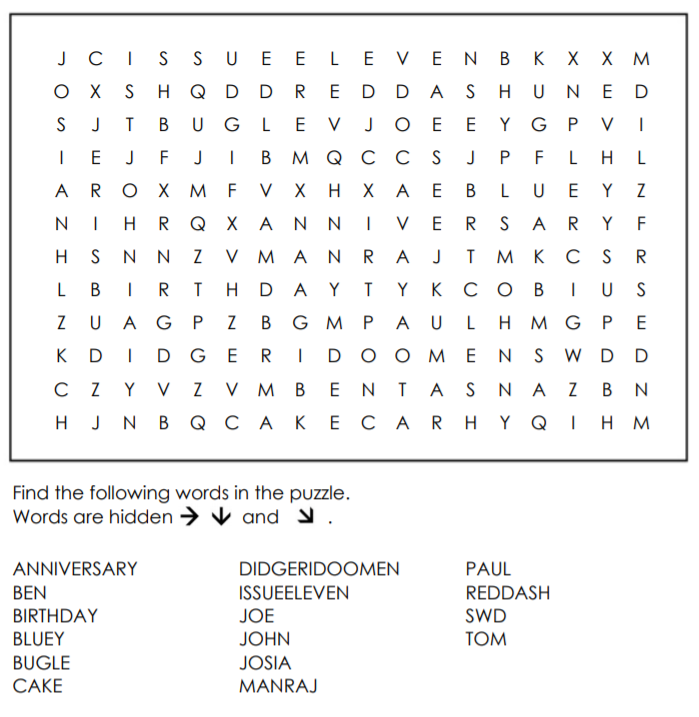 What did 2 say to 3 when they saw 6 act like an idiot? Don't mind him. He's just a product of our times.

I'm friends with 25 letters of the alphabet. I don't know y.

Well hasn't this been a different issue! So many writers to celebrate the one year anniversary of the DM Bugle! Remember if you are reading this issue on DMU, it's on the forums too so you can access it at any time! There will also be an extra special article released this week on the forums only so make sure to watch out for that this week. It will be advertised on our discord, so make sure to join it so you don't miss out! 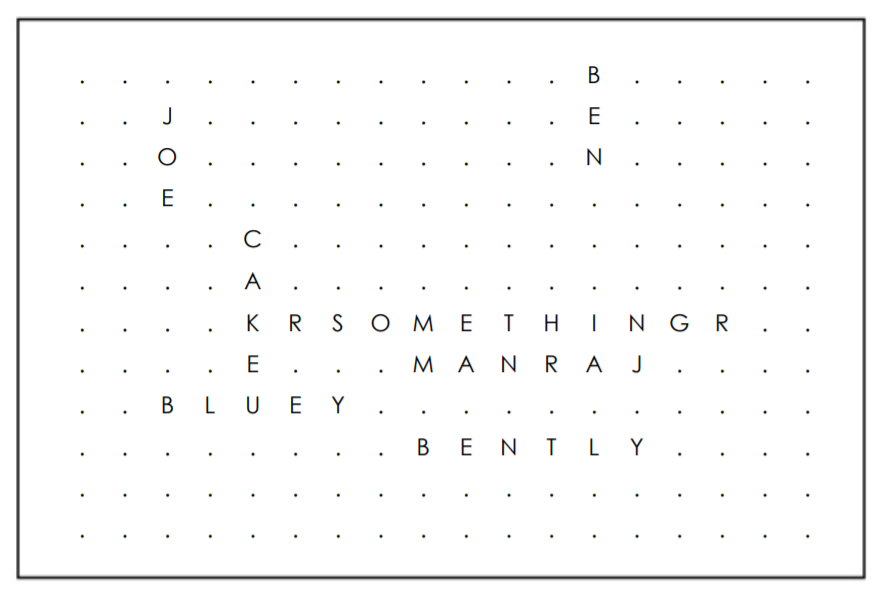 I love how much effort goes into each one of these, and I am going to try to read them all! Happy one year anniversary - I hope this continues for years to come!