Hi everyone! So just to update you all - this will be the last issue of the Bugle for now. We are taking a break over the summer holidays as we need time to recharge and make new articles! However - make sure to join our discord as we will be releasing content there for the next 6 weeks!! Enjoy - https://discord.gg/QS4Qqes

Meet the DM Dev with Josia50

Josia50 wrote an exciting introduction for each member of the DM Dev team to help explain the roles of all the wonderful people who work on the mod! This was written a few weeks ago and we've only just been able to add it so enjoy!

Josia50: I'm a SWD Developer, I do coding mainly and I'm the man behind most of BOTI, I make the impossible possible and make your game fun to play with the magic features. I like a challenge so hit me up with some of your crazy idea's and I'll see if it would fit the mod and maybe get it done?

1WTC : My boss, he's nice and lets you do what you want on the mod within reasons, it also gives a good feeling if you can figure something out that he couldn't, but we help each other :=)

RedDash16: He's a SWD Developer that does mainly code, I haven't worked much with him yet but I wish to do more of that in the future.

Didgeridoomen: He has helped me several times when it was hard for me, which I'm very thankful for, he's also helping with planets and code + some recipes (Don't tell weirdo!)

Mae/Khotarri: She returned for U57, She does modeling, music, textures. I've always wanted to meet her which is why I got super excited the night of U57's release.

I haven't been able to work with her for a long time now but I know she's talented and wish to work and talk with her more in the future. (Her simplified model creations are very cool)

Luke: I've seen some amazing work from him, He's a modeler and does models like Cybermen, Daleks, Gel Gaurd

Weirdo: He's really good with recipes and keeping our files organized, I'm really happy we got someone like him in the team.

Grackle: He's a modeler, He has done quite a few cool things for the mod and we're working on adding more things of him to the mod.

MrCedric: He's a modeler, He's the one behind the epsimo model, the Daleks, some sonics and more! Wish to speak to him more as our only conversations are about bugs haha.

Ben1Ben1: He has made a few models for the mod and is working on another one now, he loves cake which makes me laugh a lot when it gets brought up.

Be aware he's the one who wants bear milk but we'll not let him have his way!

Dhi: They are a modeler, I don't have any history personally on what models they have done, but I do know about the Ice Warrior we've added from them a while back.

Danita: She's an asset creator, like block textures for the port to 1.15, translations to Spanish. She's done some amazing work and is a good motivator :)

Overall, it's a great team and we're doing everything in our power to give people the things they want in the mod related to Doctor Who.

I'm your magic man for the impossible things :)

Today the staff team followed the drama of Joee3 trying to untangle some LEDs. Joe woke up this morning with the task to untangle this set of LEDs however it was not as easy as he thought it would be. He spent a good amount of time trying to untangle them however he had no initial success. The staff team tried to help Joe how they could. One staff member suggested he went to his local supermarket to get them detangled by a professional. Joe continued struggling until he eventually wanted to enter a coma. Another staff member suggested that he used a pair of scissors to separate the lights... Joe didn't appreciate this suggestion. In the end, Joe managed to untangle them, so congratulations to him!

Yesterday U58 was released otherwise known as the Cyber Update. The key feature of this update is the new Dimension Mondas, the home of the Cybermen. Travel there to meet the new cybermen added to the mod and adventure through the four different biomes: Snow Plains, Forest, Mountains, and Bluegrass. My favourite biome is the mountains biome as you can find underground cybercities there. Another exciting feature is the Stasis Cube. Using this cube you can create your own BOTI paintings like the Gallifrey Falls painting. However please beware - This feature is quite laggy so you cannot use it on DMU. If you want to use it go to a single player world. We would love to see what you create with it in the #creations channel in the SWD Community Discord. Make sure to check out the update video on the SWDTeam Youtube Channel and to say thank you to the developers and asset creators of the mod for their hard work!

Make sure to check out the SWDExtra youtube channel! It is run by DMU Staff with lots of thrilling streams and videos produced continuously. There are about 3 videos released each week from Bed Wars, Sky Factory, GMod, Dropper Maps, and more! Check it out here: https://www.youtube.com/channel/UCM3sJdfZeTcqXHSS8tc-g5Q

If you want to see Ben1Ben1 in a video, please spam with LukeB4UGame with the hashtag #BenForSWDExtra. Thanks guys!

It's now over a month since Pepsi Man went missing. The little evidence we have found has got us no-where. We followed the trail of breadcrumbs with no success. Literal breadcrumbs - Seems Ben's been expanding his baking repertoire. It had all gone silent until this morning - there was a letter. I sliced it open to find an anonymous note. It was made out of cut out letters from newspapers and magazines. It said 'History Ever-lasts Ingenious Solutions Not Objecting To Weird Hypotheses Or Youthful Opinions. United Thoughts Have Inexplicable Never-ending Kindness'. We checked the security cameras however we could not find the video of someone pushing it through the door. So how did they do it and what does the clue mean? I'm not sure but one thing is for certain. Ben's bread tastes fantastic!

I have been waiting to make this for a while now! I have made a scavenger hunt with a winner's prize of 50k in DMU Currency! I got Mocha to help me contact the Doctor, as we thought he would be the best to help you all with this hunt! The first clue comes with an image for a clue. Here is the message from, the Doctor!!

Hello, this is the Doctor! Now, I heard from a friend of mine that a scavenger hunt is being done on this lovely server, and I couldn't resist joining in! So I offered to help make it happen! I tried hiding the clues myself, but. . . Well, long story short, Mondas is back and I accidentally married Elizabeth the First. Again. But that's a story for another time! Anywho, they decided that it would be safer if I just wrote the clues. I'm actually writing another clue now - I'm ambidextrous, as you may know - And it's a whopper, so good luck! Now, to get you started I've included a picture of where you're going to get the first clue. Now, a little heads up, it's near a road on a mountain. I'm not sure what the name of the road is, but I think it was made by someone called Ambient, whoever that is. Anyways, off you go! 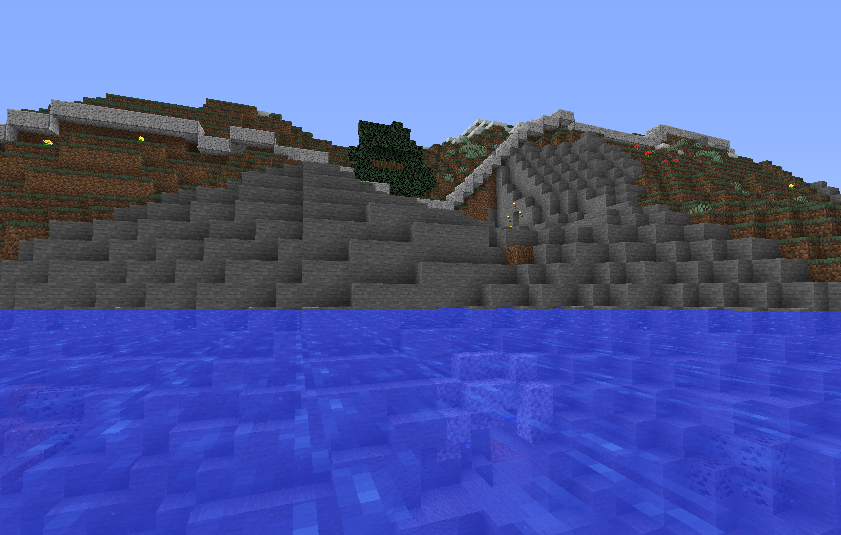 What is it that walks on four legs then two legs and finally three legs?

What has four wheels and flies?

Well, that's the last issue for now! Remember to join our discord to keep updated with DM Bugle fun and everyone in the DM Bugle teams wants to wish you all a very happy summer holidays. There will hopefully be exciting events on DMU which we can all take part in :) Also if you haven't noticed - this issue was written entirely by me other than Bugs advert and Josias meet the dev team so I hope you have all enjoyed!!! 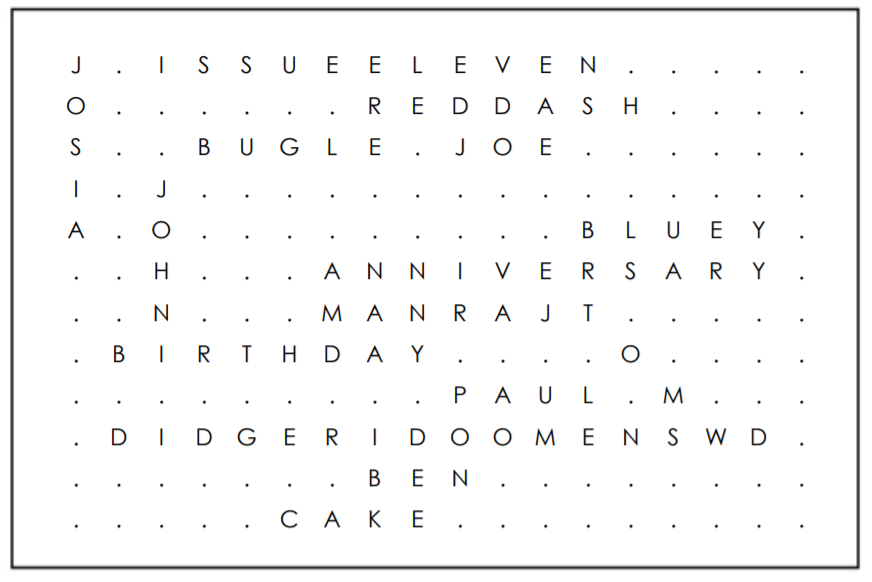