The Taker tripod (its made in paint) 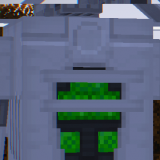 Those are some lovely creations, but i would like to ask that if you do this you only create one thread,

and update that one when you make something new, keeps the forums a bit cleaner :)

KangabetEmpire, i like ur tripod because it keeps in style with the jeff wayne machines except the jeff wayne handling machine already takes this role but its a really good idea! I also have my own suggestion for a similar idea such as this: the gatherer tripod. Please note i have not made this and if its implemented into the mod it would have to be edited heavily to keep in with the jeff wayne style but here it is:

special: AI would be special made to transport players from the cage upon its back to the nearest handling machine, also spreads red weed.

Plz consider putting this in the mod (though heavily modified to enkeep with the jeff wayne style.)

note for above i did not make this picture