This part of the show isn't touched on that much but on the episode silence in the library and forest of the dead, a supercomputer is introduced,  which utilises the planet's core to work, I think it would be cool if either you could store experience in the supercomputer, or be able to safely generate experience and distribute it, this should be disaled for servers tho as it could lead to people having infinite experince and being very op, maybe there should e some downsides,but since i don't know too much about balancing other people can think of the rest, ut maybe one way of alancing it for singleplayer would be to force the player to have to deal with the infestation of the Vashta Nerada, which would be very hard to get rid of, and you would have to go to the library planet, and also the books and other items would be infested, this could also open up an infection system, so if a player isn't careful, they could spread it offworld, also this could give the judoons a purpose, as if the infestation got too bad and spread to many dimensions, or if the player wanted hitmen, they could hire the juddon to take care of it, this opens another can of worms of giving the judoon functionality, ut i will cover that in another post, so yeah.

So basically the library planet should be put into the game, so players can eradicate the infestation of vashta nerada and use the supercomputer to store and distribute experience, maybe, probably just to  e ale to store and distribute experience on servers, but for singleplayer it could be op, and also the vashta nerada can spread offworld if p[layers weren't careful, so this could warrant the need for the judoon to e functional and actually be the space police, well hireable space police, i will cover the specifics in another forum post 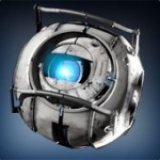 This is a good idea, I really like it. I would love to see this added to the mod. 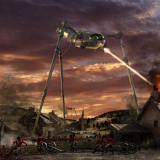 yes i completely and utterly agree with this suggestion!