Final Ruling from 1WTC On A Server Rule Required.

The current rule in question is rule 16: "No selling or trading items from creative."

Many times before this rule has been questioned by Shaneh7646.
-The logic behind this was that items are things such as steak, sticks, food, etc. So in theory blocks were not items.

-The second argument Shane made was that certain blocks are expensive in the swdstore and unavailable unless you have a lot of credits.

-Tumblr_cat stated that vanilla blocks may be sold out of creative mode to non-creative players (1 admin for the removal/changing of the rule) (Keep in mind that at the time Tumblr was about to leave the server and couldn't be bothered.

My counter argument to why the rule should stay in place:
- The reason that creative players get access to these hard to obtain/expensive blocks when they want is because they paid money for them to be available to them.  15$ in what ever currency that they use.  How is 2 diamonds per stack a fair payment  for blocks that people paid actual money for?

- It is a server rule that cant be broken just because a player wants it to be broken.
- 2 moderators (Fifth_doctor ) (Myself) + 1 Admin (Kyron13)  All agreed that it was against the server rules to sell creative blocks.


My question is if selling creative blocks to players is allowed for a measly 2 diamonds what is the point of buying creative when you can pay 2.5$ get /fly and buy all the items you want from swdbaes for 2 diamonds a stack.

As far as I know I'm the only one that buys blocks in bulk this way because I like to build things really big and usually pretty detailed, I have done this in the past with staff and swdbaes for over 1000 stacks of block that arent available in the shops (roundels mostly). I cant remember who originally set the price for the blocks but I would be ok with paying more

Its probably good to note that this is only a temporary fix until the new spawn and block shop is added to the server and that I will be getting swdbae in the future, I am just unable to at this current time

Admins that have been ok with this: Tumblr cat, kidso and previously voidred (although his oppinion means nothing anymore)

Each side has fair points. Just up to John to decide.

Adding the new spawn and shop would fix all of this :)

How much are the new blocks in your spawn?

I sent this to john http://pastebin.com/gxp37S6M these are just my reccomendations though

Just my opinion, but shouldn't the Tardis be priced higher than Bessie? 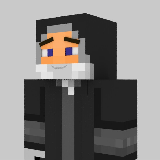 I agree with u ace I think that the rule should stay in place, my input: if u want to get the hard to find stuff than u have to buy SWD bae, instead of asking them for it actuly earn it :)

This is nolonger needed, blocks are now available in the shops at spawn