Why you were banned: griefing and trying to get someone banned because of it

What were you doing last on the server: joined and told a mod that my farm is griefed

Any previous bans: no, the screen says 1 though

Why you think you should be pardoned early (Please keep this factual. We understand you are sorry that you got banned so please stick with the facts): Hello, i was banned due to it not being me who griefed. i was not trying to get anyone else banned but instead i was just saying that my farm, house, and chests have been stolen/griefed from (this has happened on multiple occasions). Basically this is my farm and house (well a team but i help a lot along with players such as itsjustjamboss and deadparrot96) so why would i grief my own farm when i like to keep things organised as it irratates me when things are a mess? I have been playing on the server for a long time and i would never do anything bad. I have a great little vilage with players who love to help out a lot. Please could i be unbanned and i did swear as well but when the admin told me not to swear, i stopped. Thank you so much for reading this! (also im playing on a public wifi atm beause of moving house so if any other accounts join the server, it is not me)

This does not explain why you wanted to report that your farm was griefed, when I know it was you who broke all the crops, and people telling me you want to get others banned

i was not trying to get anyone banned, i was just generally saying how annoying it is for others to grief your village, city ect.. 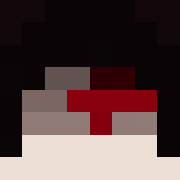 your ban is now finish already so no need to unban you . you should be able to come back on the dmu