Minecraft Username: Frank_Sinatra_
Why: X-Raying
Ban Duration: 30 Days
What were you last doing on the server?: I was at the Kingsmen shop seeing if anyone was there so I could check up on an order from this morning.

Why do you think you should be pardoned early (fully factual): As some may know (specifically people such as Creepersayshi1 or Pixelwho_), I am currently trying to make a delightful city-styled down, Chittingfield on Sea City. As part of this city, I am ensuring everything lines up and heavily ensuring that everything is modular and neat. To do this, I am using markers etc. and counting blocks along. As some may know, I have recently made the transfer from my old Mision_control account to this one. So when I needed a marker (such as a gametag) within the wall of some landscape I'm terraforming NW of my city so I could dig into it accurately, I had two options:

A: Bring on my alt-account/old account to use the nametag
B: Find some clientside mod that can mark out specific blocks

I chose B as I understand the server frowns upon bringing on alt accounts. But there were no client-side mods available that could do that! Now in the past I have altered my resource pack to work to my advantage (such as recoloring the heads of endermen so I can see them in stark contrast against the black void of the end) and wanted to try to make the marker that way, but that would involve making the dirt etc. I have in that area transparent, so then I realised that an X-ray would do the same job. So I downloaded that, got on the server and I was temp-banned instantly. Does this merit being unbanned early (after which I will find a way around this marker problem without using X-ray/alts)?

Attached is an image containing what the plan was if still confused: 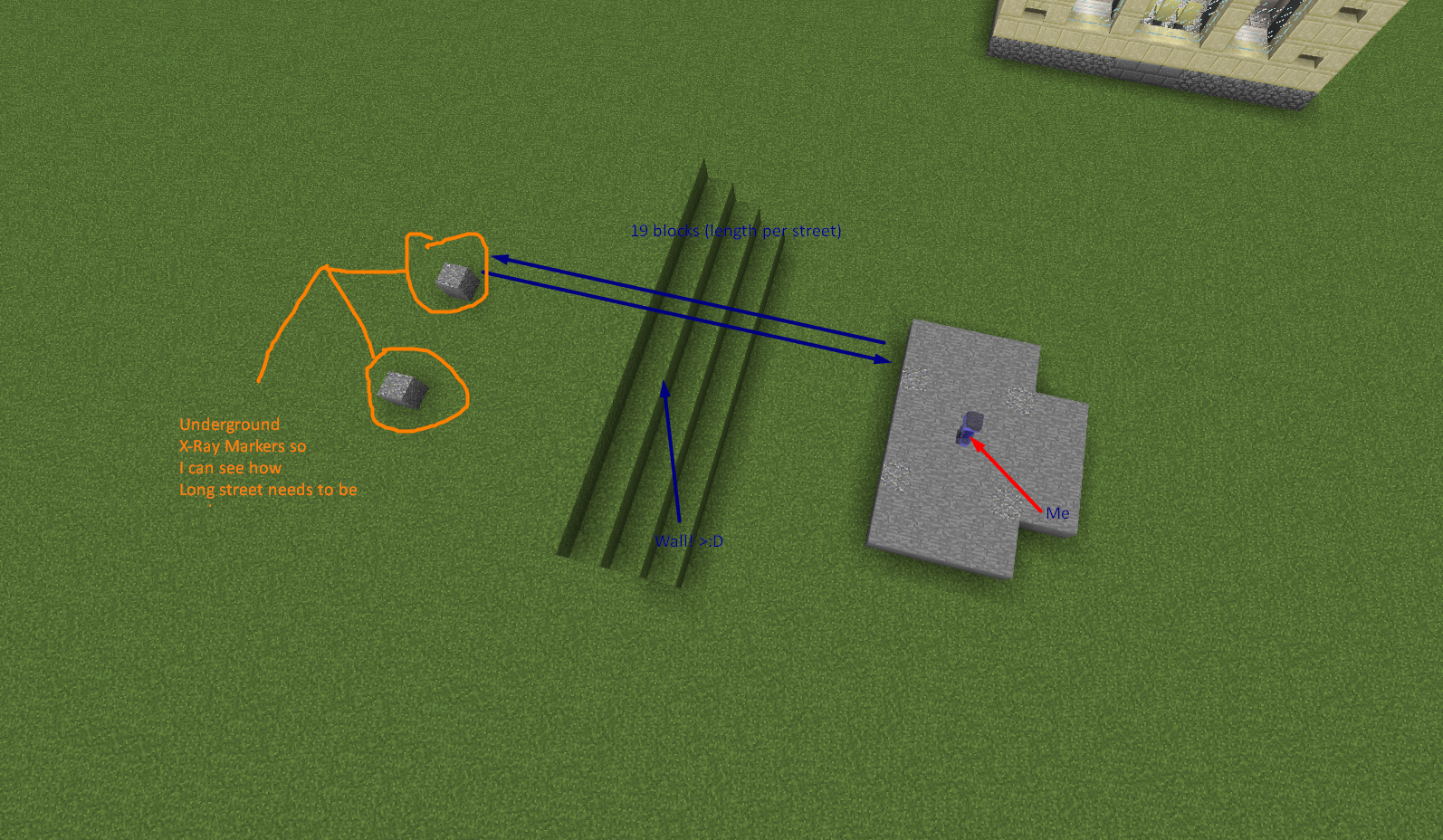 Hello. I'm Joe and I will be taking your appeal today.

I appreciate your honesty in your appeal, and as far as I can see, you had no malicious intent. I will be giving you another chance. See that it doesn't happen again