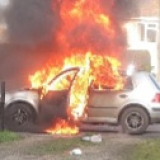 Why you were banned: For stealing

What were you doing last on the server: Mining on gallifrey looking for a white point star

Why you think you should be pardoned early (Please keep this factual. We understand you are sorry that you got banned so please stick with the facts):His account was hacked by (he thinks) some guy named GCS65 and he has an email from minecraft saying he was hacked and he knows this for sure because he was banned on a different modded server for stealing and was reported by the same guy but he does not remember stealing because he was on gallifrey but when he relogged he was in his tardis when he left the server he was on gallifrey.