Description: make TARDISes have their own personality, traits, and have them be able to affect how a TARDIS operates and interacts depending on their mood and personlity.

Lore/Brief Background: TARDISes have their own personality, traits, and sentient as is shown time and time again that they are more than just machines as seen in the Doctor wife episode.

How would it affect gameplay: it would make TARDISes feel more alive as they could for example lock their doors or kick a player or the operator out when they feel angry at them and take the player to dangerous locations, randomly dropping you in a location when it wants to explore, disappearing and reappearing to do its own thing if the operator is gone after a while,  would be able to stop themself from dematerializing and materializing if the TARDIS knows the location is too dangerous and care about its operator, or refuse to land when if it's not curious which can be fixed with curiosity circuit, would automatically open its doors to his/her operator if its owner is down to a low amount of hearts, would land in a safe place more often if it cared about its owner, would add things to the interiors over time.

A TARDIS would also get mad and jealous if a player has another TARDIS and will punish him/her by not working or locking its door from the player, shocking them, leave them stranded for sometime ( this would automatically be a deterrent for anyone wanting to have another TARDIS, although this can be turned off) a TARDIS would also to do this but in a lesser degree do their operator used another TARDIS.

a TARDIS would also hate getting too wet or being left out in the rain too long as it would dematerialize to a place with a roof.

a TARDIS feeling mischievous would move itself to another location from where it landed and make the player look for it (this would depend is the place they landed was safe or not), close its doors when a player opens it.

A TARDIS that hates its player or has been mistreated or is feeling very angry with them will try to close its door when they try to open it, would send the player to deadly places, would leave its doors open for hostile mobs to enter.

a TARDIS depending on its mood and personality would sometimes preset coordinates to a place when the player dematerializes the TARDIS and automatically rematerialize, leave the doors open when the operator enters, be stuck looking like whatever it is disguise at, or let a peaceful mob inside.

If a TARDIS likes its player it would occasionally give him/her a gift, especially at Christmas time (the player would get a present), would try to land itself in safer areas, would give the player a potion of healing if the operator returns to the TARDIS with low hearts, would sometimes automatically appear near the player or grab the player if he/she is down to less then 2 hearts, would randomly take the player to places with loot, would try to save his or her operator, would try to lock its door if it landed somewhere dangerous.

A TARDIS would also try to seek their operator's attention by locking them inside or make different sounds.

each TARDIS would like and hate different mobs, for example, one TARDIS could hate cows with a deep hatred, while another is ok with it as you can choose what it likes.

Any player owning a TARDIS would have the ability to choose the personality of their TARDIS and can change to make get jealous easily,  love explosions, have a deep hatred of cows, whatever you want.

There would be variables with how a TARDIS acts mood, likes and dislike, traits, and personality.

reasons: I felt the TARDIS in the Dalek mod were more lifeless, especially when compared to the New TARDIS mod as this would be a cool feature adding new life to TARDISes in the mod. 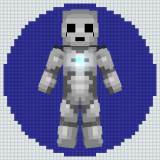 The TARDIS mod created Daleks, and TARDISes which the Dalek mod had debuted long ago, it feels like it should be the other way around, plus you guys can ask the creators of the new TARDIS mod if it is ok.

Plus it would be fun to see Matt have a TARDIS that hates cows just as much as he does.