How I stalked Matt (+INVASIONS)

Ok so I had no idea what to write today, until Matt saved the day.

In SWD community discord, Matt shared a tweet talking about a future Dalek Mod update for 1.12.2 and IT’S SO COOL.

Before we start unpacking it, please go support Matt on Twitter - he posts some really cool Dalek Mod stuff and you get to see all his teasers there! @Didgeridoomen

Ok so here it is: 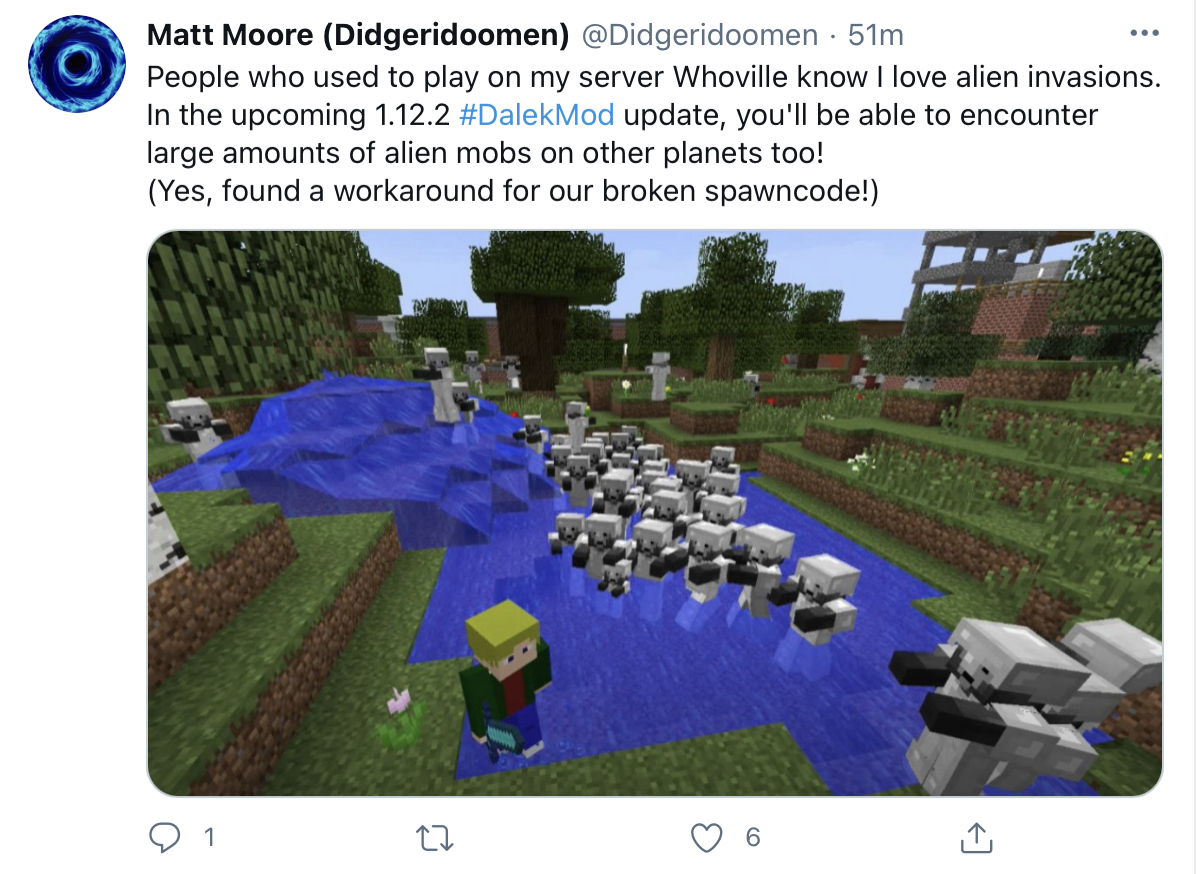 WE ARE GETTING INVASIONS!

Now I think these are cybermen though I’m not certain, however I can say it is so cute there is a little bittle baby version who will probably run really quickly and kill you in your sleep. :)

If you are a long time DM Bugle fan, which everyone should be since we produce such amazing content, you may even remember Matt talking about invasions about 9 months ago here: https://swdteam.com/forum?p=thread&tid=7557 . It’s amazing this has now been implemented in DM but I’ve got one question... WHERE’S THE DALEK MOD MOVIE??

Now an invasion could be taken many directions. I’ve done some stalking of Matt and found Didgeridoonews, which may now be a new name for the DM Bugle, and you can see him talking about Cybermen invasions on his server whoville.  https://www.youtube.com/watch?v=hkoET2EnKnY  Also when watching the video, you can see clear evidence that Matt actually has grey hair and has been dyeing it, the truth is out you lying german.

I’m so excited to see how this feature would be implemented. I really hope it has layers, similar to the current raid feature in future versions of Minecraft. The video from whoville involves the master getting involved, and after the recent advent videos that seems like a likely reason for the creation of these attacks. Let me know down below what you think the invasions could involve!

Personally I want a cake invasion to be added, so make that happen please :) Thanks Matt for letting me unconsentually stalk you. 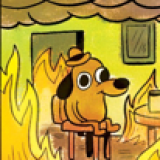