Ok so anyone remember this article where I talked about WOTW teasers: https://swdteam.com/forum?p=thread&tid=9047 I didn’t and still don’t know much about WOTW, so it wasn’t a very informative article....

SWDTeam announced last week the reboot of it’s Zelda mod “Zelda Infinity” and great news - I know even less about Zelda than WOTW so I’ve decided I should explain some of its features.

Just to give some context, here is my entire knowledge of Zelda. Zelda is some princess, not the short green elf guy. The green elf guy is called Link and he likes smashing pots. I did once play “Spirit Tracks” or whatever it’s called, but I don’t really remember it at all.

As you can see, I have a great knowledge of Zelda and therefore is the perfect person to review the teaser so let’s start!

The video opens in some knock-off Twilight Forest dimension which is very pretty. I do LOVE the textures already.

We see a gay snitch from Harry Potter fly past, which has quite confused me. I kind of remember seeing it in some Zelda stuff before, and if I remember right it’s a fairy? I really want to know what does it do? It looks cool and the wings are pretty.

Then we see a cool toadstool. If you have read my previous WOTW explanation you will remember that we found out the WOTW stool contains a nuke. This time it’s a toadstool, so would this explode toads??! SWDTeam we need answers!

Next the most important feature of the whole mod appears. Pots. I wanna smash them so bad. What could be inside? Cookies? Cake? Cows? Who knows, but I want to smash them to pieces. If I remember right, in Zelda they are used as loot containers so I’m assuming there will be loot inside of them. Might I request cake as loot?

In the background there is a green brick structure, with these green furnace like blocks on the wall. Inside there is a chest. The bricks on these are beautiful with a clear Nintendo look but also very minecrafty.

Well another informative article done. If you liked this article lemme know, and once we have more teasers I’ll do another. 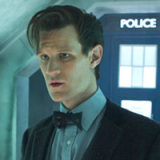 The cake is a lie