[DMU Ban appeal] Your MC Username: jeffyoustuped21 Reason for ban: not following rules [How long is infinity in numbers?]

Why you were banned: Rudeness

What were you doing last on the server: playing minecraft

Why you think you should be pardoned early (Please keep this factual. We understand you are sorry that you got banned so please stick with the facts): Okay, you probably know why I am creating a ban appeal, I believe the ban said i can appeal in 3 months time so i am. I'm gonna be straight forward with you, I just wanna play on the server. I dont care what cautions or stuff your gonna add to me like muting or building but yeah... i just wanna play. It has been 3 months since my appeal as it was right after new years (i could be wrong) but i am pretty sure it is. Anyway yeah, i just wanna play, build on my asda and fix the giant wall that according to my brother has been placed. Please let me know if i can play. And dont forget to take into account my other appeals as i spammed appeals within the space of a month. I understand if i cannot play... blah blah blah... i have never griefed... blah blah blah... And yes, i know i have been banned for grief twice but it was a false ban and you did not believe me, Griefing your own farm and making the wheat go bye bye by planting seeds after isnt really a grief and fixing other peoples grief in a shared house from people who dont live there is also not grief so tecnically i shouldnt have been perm banned if you believe because i did not grief that time... but oh well thats over with. Yeah, cool? Cool!

NOTE: I know this is more than likely not gonna be accepted as the "i will be nice and give you one last chance" thing was not actually going to be taken out but instead was used as a way to make me think i would be unbanned and so i would not play on an alt (which i do not own an alt) Okay? Thanks!

It isnt april. You were told to wait until then 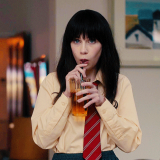 But joe never chose the time. I was told to wait 3 months until then. 3 months since my ban which was at the start of the year either the 1st or 2nd of January. Three months after my ban is today. Therefore that "mid-April" part was a miscalculation on his end. I believe the person to give me that option was Rhyno making Joe not the person who controls that time as i had been promised 3 months since then. Joe can make the decision as he is a staff member yet he cannot change what has already been chosen. I'm sorry for that misunderstanding.

Wasn't a miscalculation from Joe as he was repeating what was said BY rhyno.

(https://swdteam.com/forum?p=thread&tid=9028 is the thread I am talking about if you want his full response)

3 months from the start of January would be in April

ugh so i have to wait another month?! Fine see you in a month if im alive :(

ugh so i have to wait another month?! Fine see you in a month if im alive :(

if you are serious about this, seek professional help from a therapist or something. If you aren't, things like this are not taken lightly and can end up with a worse punishment. At the end of the day, this is a minecraft server and you only have to wait a month.

He probably doesn’t mean it idk, bc I didn’t

Jeff, staff told you to wait and I know it can be frustrating but you need to be patient. Creating more appeals won't increase your chances on getting unbanned, but will just decrease them.

Jeff, if we see another appeal by you before the date you were told (17th April), I doubt there will be a chance of you ever being unbanned. Just wait. Also, I'd like to add onto what Raccoon said, please seek help if you feel suicidal or harmful in any way.