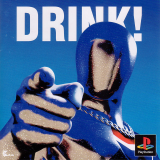 1. If you click on the Slitheen on spectator mode the video shows the vision as the stomach instead of the head.

2. The Daleks spam noises when they burn and my ears bleed.

3.  The Tardis animations on the flight panel don't loop properly.

6. The TopHat floats on the Armor stand.

8. Bessie is slightly more small than it should be and it doesn't fit with the background.

9. The Pink Fluffy Dalek morph is more short than the actual mob.

10. The Marine Dalek just teleports while on land and sometimes just flies for no reason?

12. Firstly glowstone on Varos doesn't light up properly and you have to place a block next to it.

13. Again the Abandoned Mondas cyberman bases have skulls literally on the controls.

15. Certain Controls have a delay on when you land (like if I use the Toyota lever I can Demat then land in seconds but others take a while like the vanilla lever)

16. Trenzalore gives me seizures because of how many Lightning strikes I can hear during thunderstorms.

17. Mostly A Nitpick but the Daleks don't attack classic players?

19. Why don't Whisper Men spawn like at all in Trenzalore?

20. The Silence just kill themselves with there lightning sort of like the Special Weapons Dalek.

22. Why are cobwebs just randomly on Trenzalore? Maybe it's a feature?

23. On Spectator mode if I view the Dalek Emperor I'm just inside a random block.

25. You said you'll fix the weird green lines on the neck bin of the Daleks but the renegades still have them.

26. It's very hard to find land mines on Skaro what work. It took ages.

27. The chichorium glows and has no texture when holding it?

29. The Gas Mask on the Armor Stands don't point the right way

30. The Bomber jacket on the Armor Stand is weird? It makes the Jacket start moving like a human and just makes the armor stand weird.

31. Sonic Shades and 3d glasses are the wrong way on Armor Stands.

32. There's another toxic waste bucket but it's untextured and just says the name of the item.

33. You cannot break Toyota gratings. It has ruined a ton of builds for me.

34. The 13th doctors sonic screwdriver is very oversized when in first person.

35. The 2dis cannot make Armor stands 2d even though a Armor stand is a entity?

36. The Timey Wimey detector doesn't work most of the time?

38. The Pink Fluffy Daleks when attacked starts aiming at mobs even though it cannot shoot?

39. The classic tnt just floats? If it falls it goes through the floor like 90 times before it decides to fall.

40. The Dalek morphs are slightly in the ground.

41. The Mondan morphs just have very low fps while walking.

42. Why is peter cushing on the misc section. He is technically a doctor?

43. The Cybermats don't attack Daleks and Daleks runs in front of them so Daleks cannot aim at them whatsoever.

44. The Metalert display just destroys lightning and makes it dark.

45. Sometimes the Dalek Emperor refuses to spawn with a spawn egg.

46. Why are the autons seperate spawn eggs instead of skins? It would be less performance heavy and would reduce space.

47. Sometimes if I change the type of the Dalek with the entity manipulator it just randomly stops and doesn't let me go past Dalek Storm?

48. The Dalek Hoverbout spawns Asylum Daleks really commonly and half of the Hoverbouts have pink fluffy Daleks and no actual Daleks in them.

SOME OF THESE MAYBE ARE JUST NITPICKS

BUT MOST ARE BUGS