Before we get into this, some music to set the mood.

TARDIS Exterior: Torii Gate
Why I went with this design: When thinking about what was an option to create for this contest, I went through a lot of different ideas for base concepts, I remembered playing through Persona 5 Strikers, and the fifth dungeon. Within the dungeon, there are these portals located within the torii gate corridors (Shown in the gameplay image of the game below), which felt like a cool concept for an exterior, so I looked into what torii gates are. They are described as separating the mundane world and the sacred, within the Shinto religion. Within this religion, everything contains a god, making it fine to have these gates both at shrines and in gardens. TARDISes, being actual living beings with arguable omnipresence and omniscience (things that are similar to the standard abilities of gods), felt like a fitting way to make use of the concept. The design is now also a symbol of Japan. 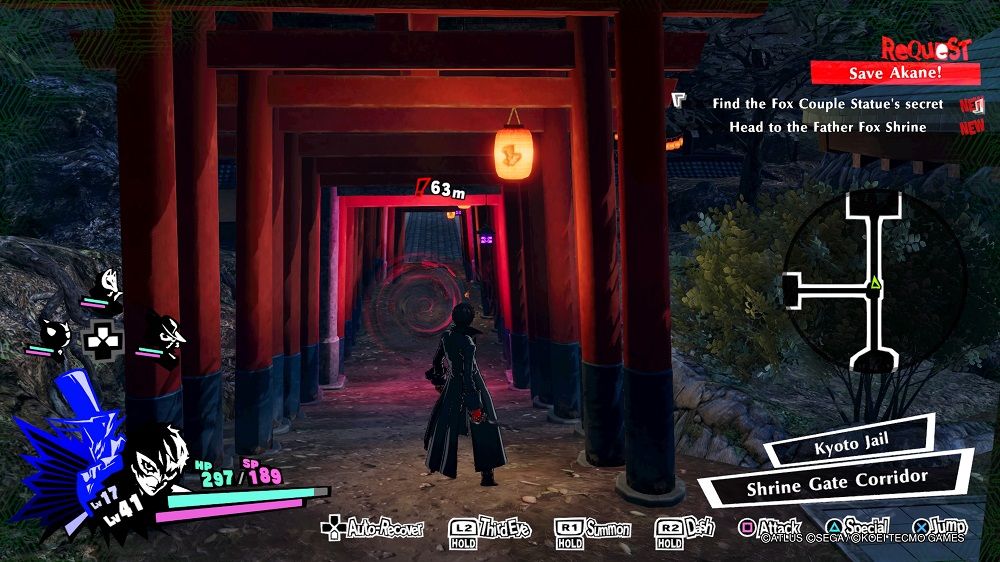 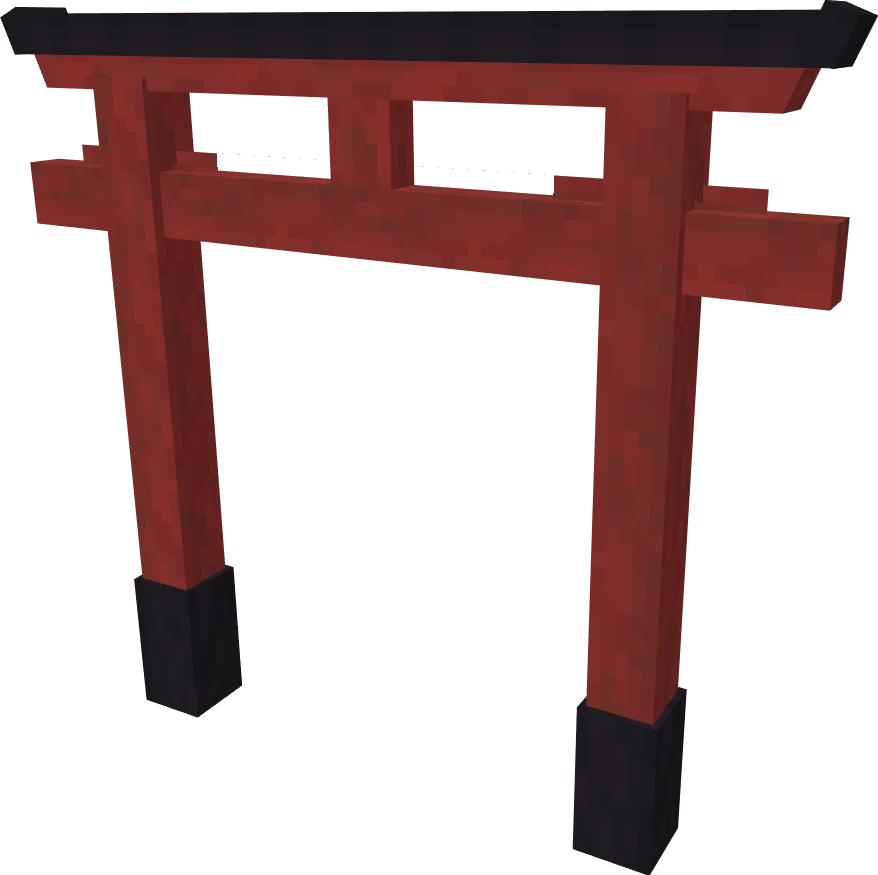 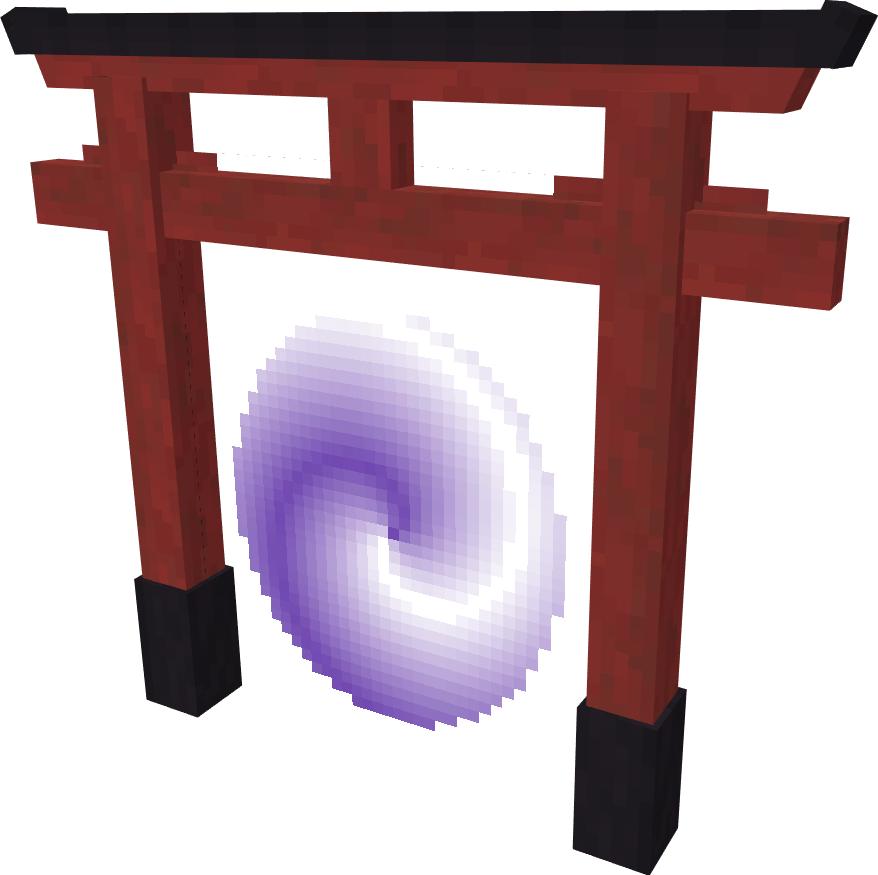 Concept Opening Animation (transparency broke but it's about the concept)

Implementation Concepts: The gate wouldn't be much of a disguise unless a non-TARDIS form was also added, a recipe could be this recipe below, creating one Torii Gate per craft. Both the block and the TARDIS would be able to be walked through, although right clicking on the TARDIS would cause it to open. In terms of the portal, the concept for the design I have would be the version without BOTI, and upon BOTI becoming an option, instead the plane which makes up the texture could become the BOTI window, making the inside and outside of the gate show different locations.

As a small measurements note, the exterior is quite large, being 65 pixels wide for the nuki beam (the one lowest horizontally), 48 wide at the base, 59 pixels tall, and 6 pixels deep (solely due to the nemaki (the black painted base), the kasagi (very top) is 5 pixels, as are the hashira (pillars)). It scales quite nicely to the player like this.

Thank you for reading my submission, I hope you enjoyed the concept!