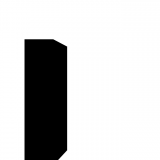 TARDIS Exterior: The Bookshelf TARDISWhy I went with this design: I thought that if a TARDIS were to materialize in a cozy house, it would disguise itself as part of the furniture. And since we're in Minecraft, I thought it could be a bookshelf. So, I went with a design using the bookshelf and oak texture except for the bottom part which has drawers. I also drew the books only on the front side so the other sides could get some light decoration. For exemple, a frame with a picture in it hanging on one side, and post-its and a piece of newspaper on the opposite one. That way, the TARDIS can be in the house as decoration when it's not in used instead of on a parking spot.Images: 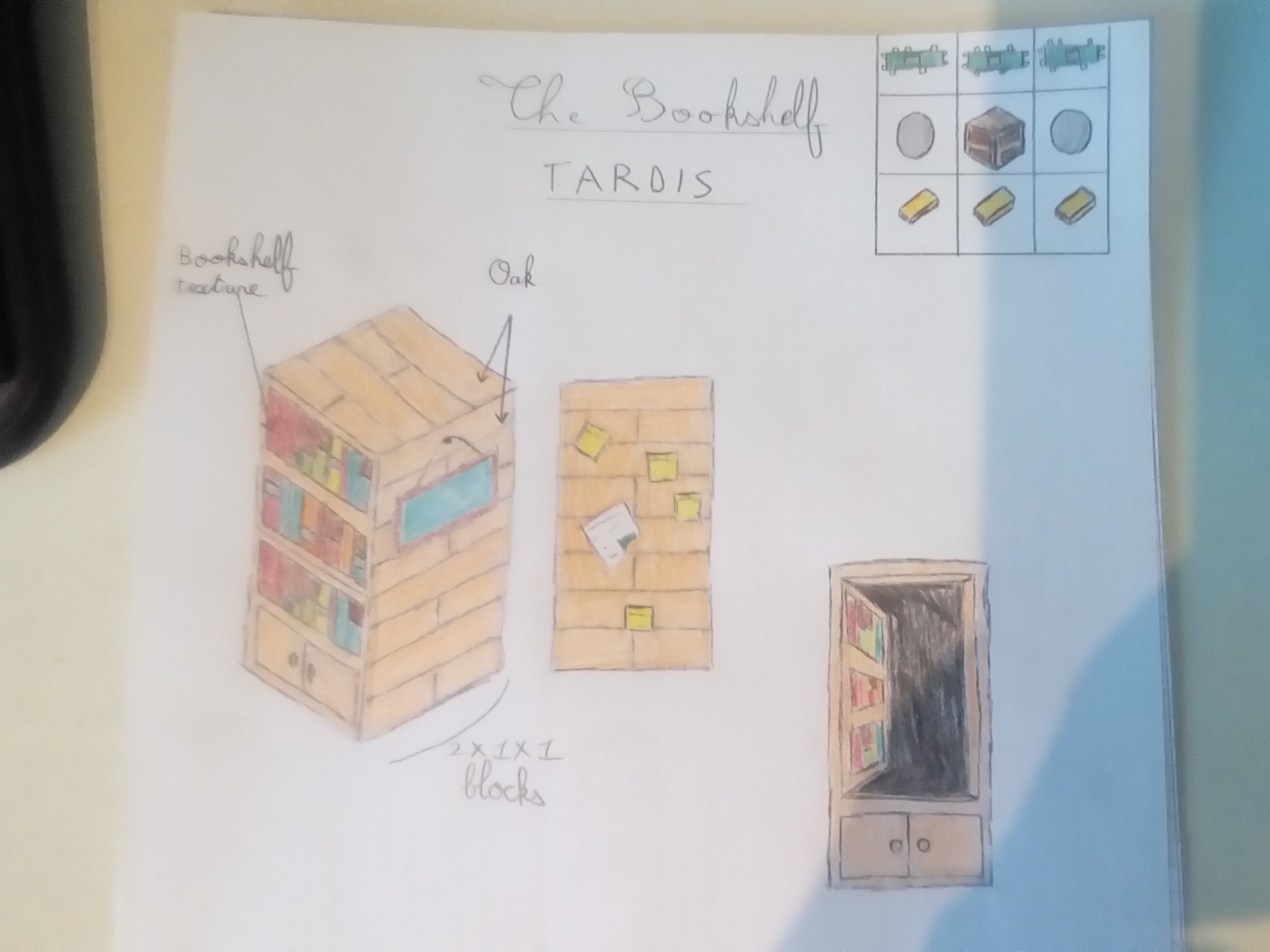 Looking at the modelling part, I thought that everything would be drawn on the texture (so the post-its, drawers, painting, etc. wouldn't be in 3D).

Also, I drew the painting blue and empty, but I thought it would be cool if it were a reference of something DMU related (I didn't drew anything so it would leave you a choice as to what could be the picture in the frame).