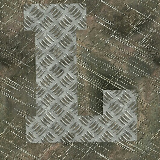 i'm done with dmu thank you for your time but i had block every swdteam staff from discord and everywhere else. 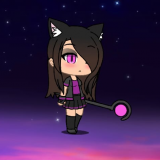 This category it's to post ban appeals or report players, not stuff like this, please make the thread in a proper category. Thank you!

I've heard a lot about you over the past few days from staff and didn't really want to get involved, I was hoping this could be resolved between yourself and staff, however I can see that that has not happened.

So. From what I've been told you were banned for griefing a town. Now staff and players have informed me that you were the OLD owner of this town and you had transferred ownership of the town to another player. Therefore unless you had permission from the NEW owner to destroy the town to move it elsewhere you would be griefing. From what I've heard, you did not have permission to do this. Furthermore, if a town owner wishes to move the town or remove a build ALL users in that town need to be given notice, or the ones who's builds will be affected. We usually suggest you give them a weeks notice by placing a sign outside their build.

Now, when removing a build, if the player does not respond within the sensible time frame you've given them you can remove the build (but again this has to be arranged by the town owner, which in this situation you were not.). However when moving a town if a user does not give you consent to move their build you cannot touch it and it has to be left behind.

Going against this will be seen as griefing, which is what has happened in this case.

Now to finish, I would ask that you properly appeal. You can do so on this thread and also speak to the users who's builds you destroyed without permission as well as the new town owner and apologize. Otherwise your ban will remain. I hope this helps clear up why you were banned.

So after trying to contact you through youtube to let you know that I'd responded to your thread and offered a way for you to be unbanned, you decided to just delete the comments to hide that you were in the wrong.

You made a mistake on the server. The staff in this case did nothing wrong. You can't seem to admit that what you did was wrong and would rather try to falsely paint the DMU staff in a bad light.