My biggest issue with the Daleks in the Dalek Mod is that instead of adding new ways to fight them, they get just nerfed. This is the best way to change this.

-50% chance for the shot to pierce true the target.

2 - EACH ERA HAS A DIFFERENT DALEK.

-They spawn with 10hp of Absorbtion.

-When fighting there is a chance they fire a burst, a number of repeated attacks. Their aim will be significantly worse while doing this. After the burst ends the Dalek will have a significant cooldown before attacking again.

-They can also hoover.

-Like 70s Daleks but instead of their Gunstick they use a flamethrower.

-Like 70s Daleks but they also have 10hp of Absorbtion and can hoover. They can also teleport if the player gets too close or rarely to dodge incoming projectiles.

-Like 70s Daleks but they have the "claw" arm, meaning that they can cut through iron doors and burn down wooden doors. (?)They can shoot a spray of steam, giving Blindness to the player.

-"Important" Daleks such as Commanders or Supreme should have 10 more hp than their normal counterparts and shouldn't despawn.

-Time War Commanders should be an actual mob.

-I remember that in Dalek Mod Legacy, New Paradigm Daleks had special abilities; for example Scientist Daleks could turn invisible. If elaborated a bit, this could be a great way to make Dalek fights more unique.

Now that the Daleks have been buffed, there should be new ways to fight them.

-Metalert and Dalekanium swords should deal 1.5x damage to Daleks.

-Hitting the Dalek's eyestalk should ignore all armor and deal 1.5x damage.

-Anti-Dalek Neutron Exterminators should be added. They would normally deal 8 damage like other Laser guns, but do twice the damage to Daleks.

-In Parting of the Ways and in Stolen Earth, Jack Harkness uses a gun to kill a Dalek. I don't know the name but I know a way to implement it. It would shoot a ray, if the ray stays in contact with the Dalek for long enough (2 seconds or so), the Dalek would explode similarly to what happens with Nitro-9. After this it would have a 5 seconds cooldown. It should be expensive to craft to keep things balanced and encourage the use of Nitro-9.

Those things require an end game lever progression, so it would be better to make Dalek spwning in the Overworld minimal, and mostly deep underground.

Dalek spawn rate and stats could change depending on the game difficulty.

That's it. I hope some of those suggestions are helpful. 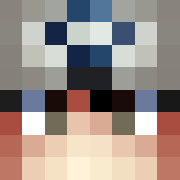