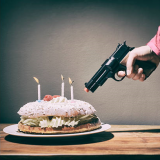 Basically, when you are in flight and enter vortex with "flight panel" control, you can see your TARDIS drifting through vortex. But, it would not be bad, if the lamp of police box will flash, like it's when the TARDIS is de/materializing. This effect appeared many times in Doctor Who, mainly in title sequences, so it will be cool, because it does the "real" feeling you are in time machine that is drifting through space and time.

I actually have something to add to this.

With the vortex, I think it could be more than just a cosmetic feature.

I feel like you could fully interact with the vortex, and even use it to set coords or use waypoints

For example, with the 13th Doctors vortex, when you go into that huge open area with multiple tunnels, the tunnels would always lead to the same place (but not be marked to give a cool effect, as if you were memorising which tunnels lead where) and could either end up materialising in a random waypoint location, a random set of coords on a specific planet, or just anything under that genre.

This would be hard to code, I know, but it would give the vortex an incredibly amazing look, especially if guests in your tardis could view you controlling it in the vortex!
If this feature were to be added, I bet you the Dalek mod would be the top doctor who mod.

Sorry for late reply, amazing idea! Me (and others of course) feel that flying in the vortex is just too boring, and as you said, make more improvements and new cool features. I'm getting these ideas when i'm playing in the mod, and feel it's just too 'basic'. The new Dalek Mod 1.16 will bring lots of improvements and quirky features, so i hope it will be added. And i also watched episodes from series 11-12 so i know what you're thinking. I love that vortex 'tunnels' effect so much ;D