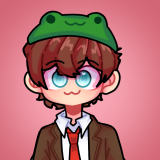 Warped Forest Daleks
---------------------
Appearance: This new dalek, the "Warped Dalek" would have the look of overgrown casing covered in foliage and have an eyestalk center of glowshroom

Damage: These would inflict slightly less damage on the player than a normal dalek, but to make up for the lost damage, it would sometimes give the player a 3 second slowness effect

Movement: These daleks would be slower than normal daleks, but would still be able to keep up with the player

Appearance: These dalek types would have burnt casing, the eyestalk would be light blue like Soul Fire, and the dalek voice would be more desperate, as if it were dying and trying to escape the soul soil

Damage: These would do slightly less damage than normal daleks, but it would temporarily give the player a 3 second weakness effect (?)

Movement: These Daleks would move at the same pace as the warped forest daleks, but these would be unable to keep up with the player, this dalek would rely on sound (If possible) to locate an enemy

Damage: Punching the dalek would inflict burn damage on the player, the covered eyestalk could be a weakness since it also relies on sound to locate enemies, sneaking toward the dalek would provide cover to get close enough to damage it, These would do the same amount of damage as a time war dalek (I

Movement: As said above, this dalek would rely  on sound to locate enemies, since these daleks aren't covered in foliage or sunken into soul soil, these would move at the same pace as a normal dalek

Really cool ideas! I like the soul ones especially.