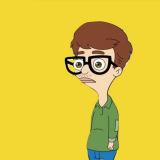 Why you were banned:  the reason why I was banned is that I was X-raying and I deeply regret doing this and I just want to try to redeem my actions

Ban duration: I have been permanently banned

What were you doing last on the server: at the time I was building my house inside of a mine and I was also trying to help the town what I was trying to be a part of what they were not letting me because I needed to help with different resources and I felt like if I didn't meet their demand I would have been criticized and would have been left out so I xraded and I can't explain how much I regret my actions.

Why do you think you should be pardoned early (Please keep this factual. We understand you are sorry that you got banned so please stick with the facts): overall the  reason why I think I should be pardoned is that i realize now that I was wrong for doing that and how selfish I have been to do such a bad thing and I just feel like i want a fresh start and be a model DMU member

Hello. Let's start with your previous appeals. Most of them were a copy paste from your first appeal, which you have rectified here. However, I still feel that you aren't sincere with your appeal, as you blame xraying on "being criticized" and "left out" by other players. That is entirely false as players had reported you for xray. I'm going to be denying this appeal, as you have blamed others instead of yourself, once again. You may reappeal in 2 months.

Have a good day,