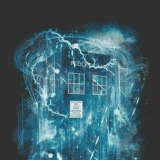 Explanation: Add like an advanced flying system for the Tardis. Like you need to press certain buttons in a certain order to be able to dematerialise or  materialise. This will give unused panels and buttons a reason to be their and if players don't like it they can turn it off in the Tardis setting tab. I just think this would be a nice addition for players who are bored just selecting somewhere to land and pressing the same lever twice and if you want to make it so that you can power on and power of the Tardis using a difference sequence of buttons as well you can do so. For example in the toyota interior you have two flight levers maybe make the yellow wheel one (don't know what to call it) a power on and off lever. (If you have not done this already :D)

As far as I’m aware a more advanced flight system has been developed for Dalek Mod 1.16 :)