I’m back with another ridiculously long and detailed suggestion. I hope it isn’t boring to read, and while, like the last suggestion I gave, I don’t expect all of it to be added, I hope it does give others ideas and I would still like feedback. (Also, I think I went a bit overboard with this).

Synopsis: The Master has had many incarnations and battles with the Doctor throughout the show. Like Davros, the Master always escapes at the end, and somehow even survives circumstances where he should have died. This suggestion is going to focus on that point, and try to summarize the Master’s different incarnations/stories. Fighting the Master also gives the player special items, and this is the only way to obtain them. Also included are several new dimensions, ores, and other features related to this idea.

To begin this boss fight, the player needs to take the TARDIS to the planet Uxarieus (as seen in Colony in Space). I am suggesting everything to begin there for several reasons:

2: This one of the few non-earth planets that the Master appears on in his earliest form in the show (Roger Delgado’s incarnation). I am trying to summarize each incarnation of the Master in each leg of the boss fight, and therefore, several elements will be mixed together even if they took place in different stories/times.

Has sandy/rocky/barren terrain. Dead bushes/Shrubs generate randomly across the surface. Underneath, it is rich in ores, as, in the show, a mining company comes there. In addition to certain overworld ores, the ore durlinium generates there. When smelted, this ore gives durlinium ingots, which can be turned into durlinium blocks. These blocks are explosive resistant (durlinium was used on the armory doors of Peladon, for instance (New idea, some of these off-world ores could be used to craft TARDIS blocks)), but serve no purpose outside of a building material. An underground generated structure of the Dooms Day weapon could generate there, but that is a suggestion for another thread. Crops will not grow here no matter how hard the player tries.

Once on the planet Uxarieus, the player would have to search for the Master’s TARDIS (see above spoiler for details as to where), which is in the form of a spaceship (I’ve always had an idea that the sonic screwdriver can track down nearby TARDISes, perhaps that can be added and utilized to help the player). Once trying to open the doors, the Master will spawn, bearing a Rodger Delgado skin. A boss bar will appear in the top of the screen, and the Master will have a very high amount of health (about 200, same as the Ender Dragon).

The Master will attack the player, delivering a fair amount of attack damage (about 9 health/4.5 hearts). Further, if the player looks into the Master’s eyes, they will become “hypnotized”, or unable to attack until several seconds after they look away. (Back then, the Master would hypnotize people to get them to do what he wants, instead of nowadays, where he just tells them that they should listen to him because he’s crazy, and they do. Sorry, I’ll get back on track).

When half of the Master’s health is gone, he will flee back to his TARDIS and take off, leaving behind his dematerialization circuit, which at this point is a useless item, and a trophy for the player. He will also have dropped a piece of his TCE weapon.

Once the Master is “killed”, the player will now be able to open his TARDIS, and once right-clicking the console with the Dematerialization Circuit, it will become operational and will belong to the player. It’s chameleon circuit options will feature all of the forms the Master’s TARDIS has had throughout the ages, and it will have hallways linking every version of console room his TARDISes have had in the show. The Master will also drop another piece of his TCE weapon.

Once the Player has unlocked Gallifrey (see here), they can again fight the Master, who has kept himself alive out of sheer hatred for the player, and now needs to restart his regeneration cycle through the Eye of Harmony, destroying Gallifrey in the process. The player must go the the Panopticon, in the Citadel, where they will find the Master in a very decayed state. This Master has less health, delivers a lower amount of attack damage, and can’t hypnotize the player, but the player has a limited amount of time to fight him (about two minutes at the most, the times can change based on the difficulty level). If the player fails to kill the Master in this time, they die on the spot as Gallifrey is “destroyed”. The battle will then reset, and the player must return to Gallifrey and start the fight all over again. Once the player defeats the Master, he will drop the Sash of Rassilon, which is the ultimate vanity clothing item that everyone wants (after some marketing). It also delivers a massive amount of protection when worn. (It is also an item required for becoming the Lord President, suggestion pending). And that’s that for the Master until he steals Tremas’s body on Traken.

The planet Sarn is where the player can find the Master next. This is a barren planet that is mountainous, has lava in abundance, and has small villages with villager-like inhabitants. Deep in one of the mountains (closer to the map's centre than where he’s been found in the past) is a control room. There the player will encounter the “Master”. In this room is a control box, and a chamber containing blue flames, which will briefly give the player a regeneration effect if they stand inside them, but after 30 seconds the player will light on fire and stop regenerating.

This version of the Master has a quarter of the health of the Delgado incarnation, but twice the attack damage. He also can’t hypnotize the player. When the player kills the Master, he will drop a chameleon block, for the player was fighting a hijacked Chameleon all along. He will also drop a third piece of his TCE Weapon, all these pieces can now be crafted to give the player a working TCE Weapon.

This is the best way I can think of adding Chameleon into the game, since he wasn’t much of a companion (or even a prop). This block can behave in the exact same manner as the block in this suggestion.

This is the Master’s special weapon. It can be crafted with three parts, all of which are dropped by the Master during different parts of his boss fight. This weapon takes a very large amount of Zeiton 7 to power (or another fuel from another dimension yet to be added?); it can be crafted with the fuel to recharge it. When the player uses the weapon on a nearby mob, it will quickly shrink to 1/10 its size before dying.

You’ve probably guessed that the Master isn’t gone yet. You can find him again by traveling all the way to the End of Time.

Largely barren world, with a starless, black sky, but has generated structures of the conglomerate seen in the episode. Silo 16 is another generated structure. The future-kind, a very hostile mob, spawn across the dimension. Inside the Silo spawn future Villagers, Malmooth, and professor Yana.

Future Villagers also spawn in the conglomeration, although more frequently in the Silo. The player can opt to protect the future villagers from the future-kind, much the same way they can protect ordinary villagers from zombies, if they so chose.

Once the player has arrived at the ET, they must find the Silo. Deep inside, lies Professor Yana, who has the same health and attack damage as the player. When the player gets inside Yana’s follow range, he will briefly get covered in a yellow particle effect, and start attacking the player. When he reaches 1 health (half a heart), he will begin regenerating, the player's TARDIS will be summoned to his location, and then dematerialize; Yana too will disappear. The player’s TARDIS key can no longer summon the TARDIS back. But he will also drop his fob watch, which can be used by the player in this suggestion.

However, the player has no time for a chameleon arch right now, because they have to get back to Earth. Fortunately, they have their vortex manipulator, right? If not, there will the the materials to build one there.

The Master will take the player’s TARDIS to coordinates on the overworld, present time zone, that are relative to where the player’s TARDIS was in the ET Dimension. When the player returns to the overworld to defeat the Master again, they will find all mobs hostile to the player, including mobs like chickens and villagers (not sure if this is possible to code), but they can cloak themselves with their TARDIS key in order to avoid them. The player will now have to fight the most dangerous version of the Master yet.

This Master will have a John Simm skin, and as much health as the Delgado incarnation. This Master can hypnotize the player, summon waves of Toclofane, summon lightening at and around the player, as well as inflict them with slowness and weakness (comparable to how he made the 10th doctor old), and of course, deliver melee damage. The Master can only perform one type of attack at a time, and allow a cool down time between certain attacks before making another one (for instance, after summoning the toclofane, there will be a brief time allowing the player to kill them before he begins another attack).

When the player defeats this version of the Master, he will drop his Laser Screwdriver.

Item, only obtainable when dropped by the Master upon “death”

This has all the functionalities of the ordinary sonic screwdriver, but can also summon lightening when shift-right-clicked on an entity (suggested by Mr. Dalek).

[No, I'm done. Maybe I'll add to this after a future story] 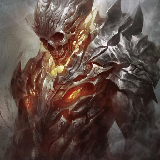 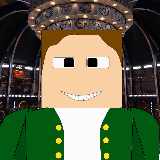 I love this. It might be too complicated for singleplayer, but it would be awesome in story mode!

To be honest, I never thought anyone would read all of this, it was just an idea I had been sitting on for a long time.

But it's nice to know that someone liked it.

Nice. This wouldn't really be good for servers or possibly regular survival (I thinl it could work in normal DM survival, though). 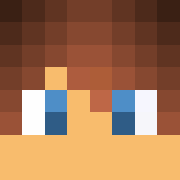 Great suggestions! I think it would be kinda hard to make though.

Seems kind of long for a boss fight, but it kind of works and really like it.

Suggestion: Yana only demats the player's Tardis if Mobgriefing is set to "On."

Don't feel like reading it but knowing your suggestions, I love it haha

Thanks for the vote of confidence Malum, I mean Zeus.

And thanks for the positive feedback from everyone else, I honestly didn't think anyone would read or comment on this. 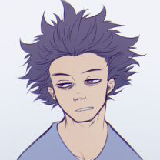 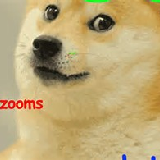 I read all of it, it is a great idea and I give it my support.

That's a great idea, I've put it into the screwdriver's spoiler.

This is an interesting topic to discuss, I'm liking this interpretation. It's unique and sticks to the show well!