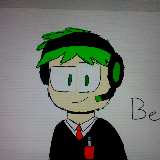 Which server you were banned on: both

What you were doing at the time of the ban: wanting to walk outside because I was inside my base

Why should you be unbanned (no excuses like "it was my brother/caps lock stuck"): well I am not gonna give a reason but gonna say what happened because that can also be kinda interesting so I was talking to awesomeman264 (I think I for got his name) about a exploit that I found (I was talking in /tell) so I was curios (what ever you have to say I forgot) if he wanted to do it so I asked: "Should we do it" then I saw a message of sub I think I forgot of not to that you can get temp banned so I said k and I just wanted to ask awesomeman264 (again I forgot his name)

then he said something and about not to say k to staff because thats breaking the rules so I said: "I have read all the rules and it did not say that or am I blind" and then I said: "let me check" then sub I think said thats because it not updated yet so I said: "okay" so then I tped to awesomeman I was talking about the sheep and he said: "well he needs to eat grass"  so I wanted to walk to the door and got banned also I forgot to mention sub I think said that I would be temp banned when I looked at the experiment date it says never is that even a thing and it said sub then when I tried log in it said I got banned bye 1WTC so who banned me sub or 1WTC thanks for reading.

If you attempt to log on it says how much time on your ban you have left. In your case you have 4 hours left so you can deal with your ban. 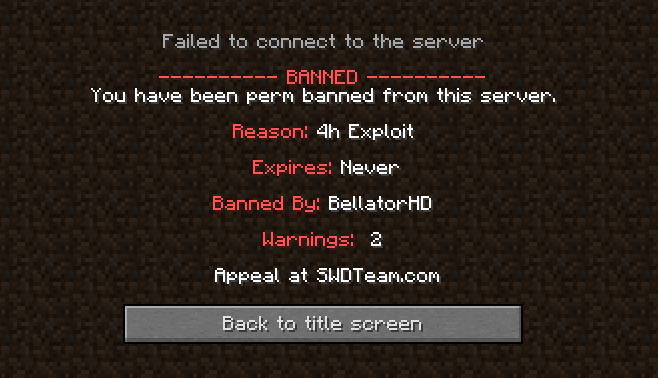 thx sorry for the late reply had to go to bed